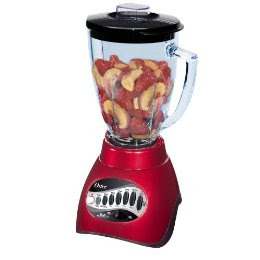 Blended beliefs in the body of Christ are rampant. These beliefs reveal the confused mindsets of masses of people regarding the Bible as the infallible Word of God. Most of them are insecure and inconsistent in beliefs because they have not spent time and energy studying the Word, receiving from the five-fold ministry gifts based in the Word, and applying what they know from the Word. The result is insecure, inconsistent, and powerless beliefs and behavior in the church.

For example, social researcher George Barna found that about half of all self-described Christians in the U.S. believe the Bible is totally accurate in its principles but also believe the Holy Spirit is only a symbolic reference to God’s power and presence. What’s up with that??!!! How can it be? People can only embrace both beliefs if they haven’t done the above.

Similarly, a majority of Brazilian people practice some form of Kardecism, Umbanda or Macumba, forms of spiritism and witchcraft, yet most of those practicing claim to be Christian and attend churches (Johnstone and Mandryk, 2001). They have blended beliefs, walking and talking as in states of confusion and blinded by the blender of beliefs.

The challenge for Church leadership is to not only teach the clear Word of God, but teach people to teach themselves the Word of God; to declare a clear, unambiguous message of grace and righteousness that comes only through Jesus Christ; to bring deliverance to the demonized and freedom to the enslaved. We bring clarity to blended minds and freedom to captives of confusion. From Africa to Asia to America we take this challenge and advance the Kingdom of God, a kingdom of clarity and good news!
Posted by Harvey Wittmier at 6:33 AM