Leaders Must Bring Clarity to What Jesus Did to Defeat Satan 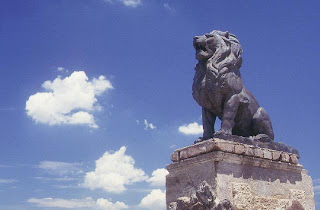 Satan is real, living and active on the earth today. 1 Peter 5:8 says, “Your enemy the devil prowls around like a roaring lion looking for someone to devour.” Clearly Satan is active on this earth, yet many people choose to ignore him thinking that ignorance is bliss. I have personally found that people in developing countries have a stronger sense of clarity about Satan’s activity than people do here in the U.S.

According to research by George Barna (4/2009) only about 26% of U.S. Christians believe that Satan is real rather than symbolic. While the Bible is very clear about the reality and activity of Satan, blended beliefs undermine the church’s ability to manifest victory over Satan and his activity because only a minority clearly see him as real.

As leaders we must bring clarity to what Jesus did to defeat Satan. He is a defeated foe over whom we, the Church, must appropriate daily victory in our minds and in the spirit realm. When we teach the church to rise up and resist him, we bring clarity to blended beliefs. We bring defeat to the one who roars like a lion but has not the power of a lion. We remind him of his defeat and our victory. But we only do that if we know it and appropriate it. Leadership must show the way.
Posted by Harvey Wittmier at 6:07 AM