Listen to Those You Lead 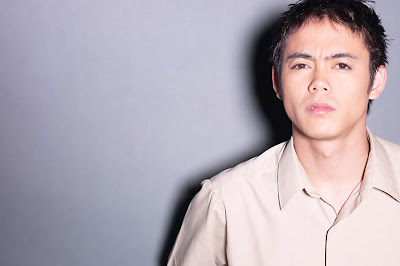 People reach their greatest level of anger when they feel others are not listening
People in the U.S. are angry.

They do not believe that their leaders are interested in the good of the people. View any cable news show in the last few weeks and you will find anger in the streets, in the ‘tea parties’, and in town hall meetings. President Obama’s job approval rating has dropped about 15 points over two months. Much of the angst is over legislation that would dramatically change America’s health care system. Anger is also emerging over actions by congress and the President that dramatically increased the national deficit through massive federal spending with little improvement in employment and the economy.

The President has opened his arms to Islam, declared that the U.S. is no longer a Christian nation, and chose not to participate in the National Day of Prayer. The President’s party has a super majority in the Senate and simple majority in the House. He seems invincible and his actions reflect that mindset. He does not need to listen to people because he can, theoretically, do anything he so desires. But, he is losing public support for his leadership.

There is a lesson for church leaders in all of this. People reach their greatest level of anger when they feel others are not listening; when they feel disregarded; when they feel that people of authority are not serving the people. In the church, leaders are usually more sensitive because we know almost everyone we are leading is there voluntarily. People can leave anytime! However, even in the church a leader can feel too self-confident or invincible because he or she has a majority opinion of support. Even when holding a majority position leaders must listen to those who have different perspectives. We may be confident in our position, but we must not abuse our authority.

Paul was about to make his third visit to the church in Corinth when he wrote to them, saying ‘even if I boast somewhat freely about the authority the Lord gave us for building you up rather than pulling you down, I will not be ashamed of it’ (2 Cor. 10:8). Paul knew his authority, was confident of his position in the Lord, but most importantly, he knew it was authority to build people. In 2 Cor. 11: 2-3, Paul told them ‘I am jealous for you with a godly jealousy. I promised you to one husband, to Christ, so that I might present you as a pure virgin to him. But I am afraid that just as Eve was deceived by the serpent’s cunning, your minds may somehow be led astray from your sincere and pure devotion to Christ.’ Paul knew their heart, knew their struggles of faith, and listened to their concerns.

Some in Corinth did not think highly of Paul, but Paul’s motivation to lead came from his passion for the people, even those who did not support him. He was very concerned about them going astray. Paul’s leadership was not about his agenda, but God’s agenda. It was about his call to build them up into the fullness of Christ and to help them walk out the gospel of grace. Paul finished his letter in 2 Cor. 13:10 by saying ‘This is why I write these things when I am absent, that when I come I may not have to be harsh in my use of authority—the authority the Lord gave me for building you up, not for tearing you down.’

So it is with us today. Listen to people who may not support you even when you have the authority to dictate. Let them know that in your authority is a passion for their good.
Posted by Jessica TenBrink at
Posted by Harvey Wittmier at 7:10 AM