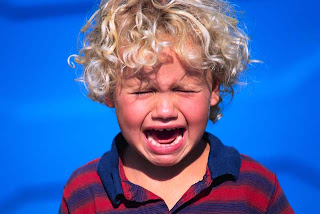 Effective leaders spend little time whining or complaining. Such behavior is not a quality character trait for anyone in business or ministry. You won’t find a single instance in the four gospels where Jesus whined or complained about His circumstances or the people He was leading--not even about Judas!

He confronted. He spoke truth. He provided solutions. He corrected. He encouraged. He prayed. Whining and complaining limits the effectiveness of leadership by demonstrating powerlessness and demanding that someone else must deal with a problem. It reveals a heart that lacks accountability. It is immature behavior rather than mature behavior for a Christian.

Jesus was the first born among many brothers and it is to His leadership qualities that every effective leader should aspire. Jesus was not a whiner and neither are effective leaders.
Posted by Harvey Wittmier at 12:59 AM