Leadership is About Character, Not Gifting 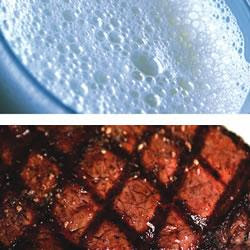 Anyone who lives on milk, being an infant, is not acquainted with the teaching about righteousness. But solid food is for the mature, who by constant use have trained themselves to distinguish good from evil. (Hebrews 5)
Leadership is for the mature.

If you’re juvenile when you begin your leadership journey, I can guarantee you’ll either grow up quickly or become a footnote to your work unit, your organization or your ministry. Much of leadership is about your character rather than your gifting.

While there are certain leadership gifts that can enhance your ability to influence people, if those gifts are not grounded in a mature heart they will be misused and people you lead will be abused.

Yes, the more gifted people are in influencing people, the greater the likelihood they will rely upon their gifts rather than their character to bring success. Such people often resist character development because they have experienced what they see as success with their gifting. They will say ‘that’s all old school stuff, times have changed. . .people want movers and shakers to follow and advance the cause. . .look at what I’ve been able to do!’ Such leaders are greatly deceived and will become a footnote in their sphere of influence if they do not submit to the process of maturing and developing character, both of which require humility in place of pride.

With this post I start a series on 2010 Leadership Maturity. As we enter a new year and a new decade, I have discerned a shift in the spirit realm that is affecting our church and I believe will affect many people in leadership among the nations. There will be a great demand placed upon living in the unshakable kingdom of God rather than the shakable kingdom of man.

Leaders can only live in the unshakable kingdom as they yield to the process of growing up and becoming mature in heart. The writer of Hebrews spoke to this issue in Hebrews 5:11-14:

"We have much to say about this, but it is hard to explain because you are slow to learn. In fact, though by this time you ought to be teachers, you need someone to teach you the elementary truths of God’s word all over again. You need milk, not solid food! Anyone who lives on milk, being an infant, is not acquainted with the teaching about righteousness. But solid food is for the mature, who by constant use have trained themselves to distinguish good from evil."

We start our journey on this subject with this ‘slap in the face’ to get our attention. Are you one who lives on milk? Are you consuming real solid food yet? Let’s look at this over the next few weeks.

Posted by Harvey Wittmier at 7:21 PM