The Heart of a King; Turn the Light on Your Heart 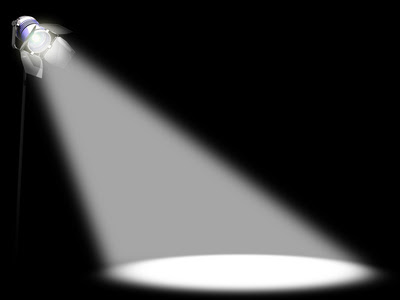 The Heart of a King turns on the light on the heart. In Ephesians 1:18, 19 the Apostle Paul prayed this prayer for the believers in the city of Ephesus; ‘I pray also that the eyes of your heart may be enlightened in order that you may know the hope to which He has called you, the riches of His glorious inheritance in the saints, and His incomparably great power for us who believe.”

The Apostolic heart of Paul yearned for the church to know the hope, the riches and the power for all who believe. Paul was speaking to those who already understood and believed at some level. They were in the church. They were converts to Christianity. But as a leader he prayed that the ‘eyes of their heart may be enlightened’ so they would know!! He knew something they did not. The New Living Translation uses the words ‘flooded with light’. Paul wanted their hearts flooded with the light of Jesus just as his had been.

These believers knew and understood at a limited level, enough for eternal life but insufficient for abundant life; enough to be ruled in the kingdom of God, but insufficient to rule on behalf of the Kingdom of God. Their hearts were not flooded with the light and truth of Jesus.

In my library I have a lamp that casts light into my reading space. The lamp has a 3-way bulb allowing 3 levels of lighting; 50 watts, 100watt, and 150 watt. I increase or decrease the light by the flick of a switch. In the darkness of my library the 50 watt level is enough to read large print, view photos, and get a general understanding of colors and hues. But if I want to read the fine print, search the detail of a photo, or more deeply understand the richness of colors and hues I must flick the switch to 100 or 150 watts to flood my study area.

So it is with life; if I desire a deeper, richer level of understanding and living I am compelled to flick the switch to 150 watts. I make that choice. I flick the switch revealing the richness and detail on the pages before me.

So it is with those called to lead in business, government and ministry. When we allow our hearts to be flooded with the truth of Jesus Christ, we come into a place of truly knowing the Father and His riches. From this enlightened position we lead and influence people with the heart of a true king; a heart not only ruled by the kingdom, but positioned to rule on behalf of the Kingdom of God.

I challenge you, as a leader, to flick the switch to 150 watts of Jesus’ light today. Let him flood you with truth and bring forth a destiny birthed to rule with the heart of a king.
Posted by Harvey Wittmier at 8:49 PM

Labels: Heart of a King, The Heart