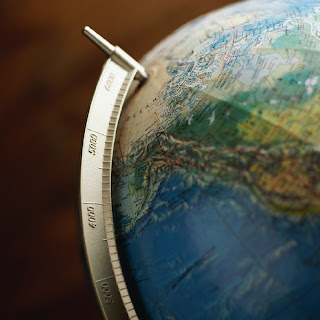 You must know your territory before you can rule your kingdom. As a ‘king’ in the Kingdom, you will never rule your God-ordained territory unless you know the content and boundaries of that territory. Throughout history, kings have ruled territories. Saul, David, Solomon, Hezekiah, Josiah, and many others each ruled a territory; a human and geographic territory. People are the first expression of God-ordained territory. Without people, there is no need for land, no need for order, no need for God’s love, no need for redemption and no need for visible expression of His redemptive glory on earth. People, specifically those who believe in the Lord Jesus, are the Father’s expression of His glory (2 Cor. 3:18) today. Every Christian leader must rule from this perspective, from a position of love and mercy, power and authority. That expression is the heart of the Father for a son. The Son knew the Father. He knew the Father in a very personal, intimate way. And the Son became a reflection of Him.

The Bible says that ‘the son is the radiance of God’s glory and the exact representation of His being, sustaining all things by his powerful word’ (Heb. 1:3). You rule as a reflection of the Father’s heart, specifically as a reflection of Jesus. You are called to rule your territory as Jesus would rule. Jesus had a territory while on earth. It was most intimately defined by the 12 apostles whom he ruled. After his resurrection and ascension it was defined as only 120 people in the upper room; those who fully accepted his message and his authority. Those were the people he knew best and that knew him best. You must know the people within your territory.

While Saul, David, Hezekiah, and the other kings had aspects of great leadership, none ruled in the fullness of the Father’s glory. None of them had Jesus. They had authority of leadership, but without a born-again spirit, without the filling of the Holy Spirit, and without the power of the New Covenant they could only rule as natural men limited in ability to love and rule as a reflection of the Father’s glory. They had limited ability to truly know and rule the people.
Leaders today must know their people, whether they comprise a local church, an internet ministry, a business, or a civil government. Who is it that comprises your territory? Who is it that comprises the 12 and the 120? It is there you find your territory. It is there you rule. It is there that you can reflect the glory of the Father to His people. It is there you can truly reflect the heart of the good and noble king.

Posted by Harvey Wittmier at 7:12 PM