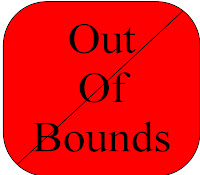 Every king must stick to his assigned territory. The apostle Paul gave us a hint of the meaning of divine territory when he wrote his second letter to the Corinthian church. In regard to being commended for work done in the church he said, ‘We, however, will not boast beyond proper limits, but will confine our boasting to the field God has assigned to us, a field that reaches even to you.’ Every leader in the kingdom of God has an assigned field to rule and reign. In my last post I said that people, the human dimension, are the primary representation of that assignment of territory. Paul was an apostle to some but not to all. He was a leader of many but not of all. To the believers in Corinth he was their ‘ruler’, not in a dictatorial sense, but in the sense of his relationship with them as a father, one who cared for, nurtured and loved them. He said in 1 Cor. 4:15 ‘even though you have ten thousand guardians in Christ, you do not have many fathers, for in Christ Jesus I became your father through the gospel.’ He ruled as a father would his adult children, from a distance, knowing he could encourage and edify, but he could not enforce. They would have to figure it out and walk it out. The church in Corinth was part of Paul’s assigned territory. He was part of the foundation of that church, part of the structural integrity that would serve to build them into a mighty dwelling place for the Lord.

For many years I worked in land conservation in the U.S. government. I had an assigned human, geographic and financial territory where I had authority, dominion, and accountability. If I intentionally strayed into another’s territory, e.g. conserving land in a state outside my region, directing a work group supervised by another, making a financial decision over which I had no accountability, then I was outside my assignment and infringing upon God’s order and plan for that organization. However, on occasion I was invited in to help another with an assignment. A leader saw value in my expertise and invited my involvement to help him or her work in that area. I became a temporary guardian within their assignment. But it was always for a moment, a season, as a temporary guardian. My long term authority, responsibility, and accountability were in my assigned territory. It was the place I had relationship with the people. It was the place I functioned as a father rather than guardian.

The kingdom we rule with a good and noble heart will be the territory assigned by the Lord. Everyone in leadership has an assigned territory. Evaluate your territory. Do you understand the boundaries of, the authority over and the accountability for that territory? There is your assignment.

Posted by Harvey Wittmier at 11:52 AM