We extend our rule from the center of our territory. 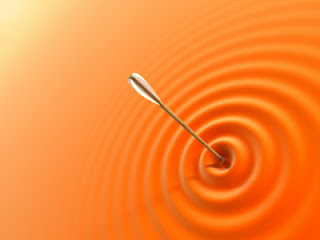 We extend our rule from the center of our territory. The Lord said to Joshua; ‘I will give you every place where you set your foot, as I promised Moses. Your territory will extend from the desert to Lebanon and from the great river, the Euphrates—all the Hittite country—to the Great Sea on the west.’ There are two elements to ruling territory; people and geography. This statement defined the outer boundaries of the geography that the people of God were supposed to rule. It was a large area comprised of what are now parts of Iraq, Syria, Lebanon, Israel, and the Arabian Peninsula. However, the central point of rule would be the land west of the Jordan River, a very productive land controlled by Canaanite people. This was the center of the land assigned to Israel. They had to cross the Jordan River, moving from east to west to take this land. Their influence spiritually, morally, and economically would begin and radiate from there. The Messiah was to come from this people and this land to fulfill the promise given to Abraham that ‘all peoples on earth would be blessed through you’. (Gen. 12:3)

Every leader has a point from which they radiate outward to influence other peoples and lands. Their ‘home turf’ is that central point from which they lead. Business, government, and churches organize from this premise; radiating influence and ruling territory from some central point. Every leader has a few close associates, then a larger group of supporters that undergird his/her ruling. Jesus had 3 very close disciples, 9 others that were part of the original 12, and 120 devoted supporters that waited in the upper room for the Holy Spirit after His ascension. It is from this hub that He radiated rule and influence after He ascended to heaven.
As pastors and apostles, Deborah and I have a central point, called Crossfire Church and Deborah Ministries International in Colorado, from which we radiate influence to our assigned territory. It is our center point. From this small area in the U.S. we have close supporters who partner in leadership to influence nations. We have influenced 21 nations from this central point. We are having the greatest national influence in Kenya and Uganda with emerging influence in North Dakota and Bhutan.

Where is the central point from which you lead and influence others? Who are your closest supporters, your inner circle of partners for the cause? It is from there that you exert your rule over your assigned territory.
Posted by Harvey Wittmier at 12:29 PM