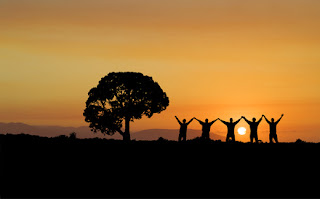 This is my third post regarding three major changes we can expect when we occupy new territory for the Kingdom of God. From previous posts we know that new territory brings a new level of freedom and new provision. The third thing we will experience is a new level of leadership in you and in those who follow. After Joshua and the nation of Israel possessed and settled the new territory of Canaan, we find this conclusive statement, ‘Israel served the Lord throughout the lifetime of Joshua and of the elders who outlived him and who had experienced everything the Lord had done for Israel’ (Joshua 24:31). 40 years in the wilderness, multitudes of battles, crossing the Jordan, conquering cities and continual evidence of God’s presence transformed the leaders and people of Israel.

Coming out of Egypt they were a wounded people with wounded leaders; wounded by slavery and dominance of a pagan culture. Their only unity coming out of Egypt was the unity of whining and complaining. They complained about Moses; complained about the giants in Canaan; complained about manna. And, the leaders had no leadership experience, only slavery experience. All that changed in the desert. After failing to enter the land under the leadership of Moses, the new emerging leadership unified around a common cause; fulfilling the Father’s desire to survive the desert and enter the Promised Land. Their common experience in trials, struggles, battles and victories brought them together as a nation. The leadership became unified as they approached the Jordan River. This time they would NOT back down. This time they would participate with God to fulfill His promise. They were going to cross that river and take that land!!

The church in much of western culture today is much like the Israelites coming out of Egypt. Much of western Christianity tends to unify in complaining; the services are too long…the music is too loud…the pastor is outdated…the chairs are too small…the youth wear strange clothes…..the coffee isn’t from Starbucks…and we need to have a special day to bless our animals…….they’re important too!! Christians are very comfortable in being comfortable.
However, the church in the Middle East, Asia, and parts of Africa and South America is different. Freedom doesn’t come easy; many Christians sit on a concrete floor to hear Good News; the music is a little soft because they can’t afford a sound system; the pastor is outdated because he’s already spent half his life in jail for the Gospel….the services are very long and that’s the way they like it; they don’t care about the coffee cause they only get one meal a day; and the animals…well, they ate most of them at dinner time.

We do not enter into new territory for Him until we experience ALL of life together with Him. Opposition to the Gospel and to the church brings forth a level of leadership, a unity of purpose, and a common cause that makes the Jordan River only a minor annoyance to be pushed back enroute to entering new territory.

As you lead yourself and others from the desert to new territory, thank God for the challenges that unified and transformed you. Thank Him for the manna, though you desired fresh grain and fruit. Thank Him for bringing you victories TOGETHER. Thank Him for the common enemy over which you were victorious. And, as you enter and possess that new territory, embrace the new level of leadership; confident that slavery stayed in Egypt, freedom is before you, and provision will be more than enough.

The Apostle James said in regard to trials and challenges that they test us so that; ‘perseverance must finish its work so that you may be mature and complete, not lacking anything' (James 1:4). You will have what you need so that it can benefit those who follow you into new territory. And you will serve God and His purposes all your days!!! Go forth and possess it…it is His and it is yours!!!
Posted by Harvey Wittmier at 8:31 PM