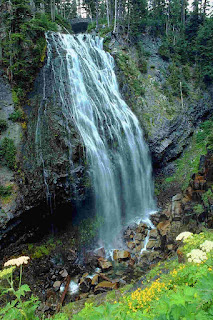 New territory brings new provision. This is my second post describing three aspects of change you can expect as you cross into new territory in 2011. Joshua crossed the Jordan River into Canaan thus fulfilling God’s promise and bringing a new dimension of provision to the nation.

We see in Joshua 5 that the entire nation has crossed the Jordan and is camped at Gilgal poised to conquer Jericho. ‘The day after Passover, that very day, they ate some of the produce of the land: unleavened bread and roasted grain. The manna stopped the day after they ate this food from the land; there was no longer any manna for the Israelites, but that year they ate of the produce of Canaan (Joshua 5:11, 12).’ Manna, the supernatural provision for 40 years, stopped as soon as they ate of the provision in Canaan.

As leaders in business, ministry, and government we must faithfully believe that walking into new territory FOR HIM will bring new provision FROM HIM. It will be new and more satisfying and more of His promise. The desert was a necessary, but undesirable season, but fulfillment of promise is in Canaan.

The Apostle Paul worked hard making tents, but the church in Philippi was the first to share generously with him. When writing to them he said ‘you sent me aid again and again when I was in need. Not that I am looking for a gift, but I am looking for what may be credited to your account. I have received full payment and even more; I am amply supplied… ‘ I believe that you will have all you need; you will be amply supplied. Expect new and more satisfying provision. Expect provision not only in temporal things like money and food, but eternal things like fresh spiritual perspectives, fresh bread from the Father, streams of living water, and steady flow of your gifts, talents, and leadership.
Posted by Harvey Wittmier at 1:09 PM