Tyranny, Terror and Fear in Your Life are a Choice 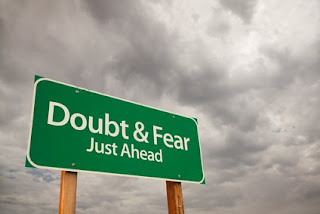 Tyranny, terror and fear in your life are a choice. The prophet Isaiah gave us powerful words of encouragement in Isaiah 54 as he prophesied to the remnant in Israel, a nation overtaken by Assyrians to the north and compromising with pagan practices in the south. He was speaking to a remnant of believers. The words he spoke have application to the nation of Israel, to the New Jerusalem (see Rev. 21), and to the church today. I will focus only on verse 14 of Isaiah 54to teach a fundamental principle of the faith. Stick with me on this!!!!

Isaiah says in verse 14 ‘in righteousness you will be established: tyranny will be far from you; you will have nothing to fear. Terror will be far removed; it will not come near you.’ Isaiah’s words prophesied from the old covenant to a future time on this side of the cross; to the era of the church immersed in grace and walking in righteousness without fear. He is saying we must be ‘established in righteousness’ if we want to live free from the control of tyranny, fear, and terror. How does that happen?

But Isaiah prophesied that we would be ‘established’ in righteousness to the point of not experiencing tyranny, fear and terror. To be established means to be firm, secure, fixed, and permanent. Many believers understand intellectually they are righteous only by faith in Jesus, but waver and wobble daily in their thoughts and actions proving they don’t believe it in their hearts. They have intellectual agreement but internal disagreement. They are not ‘established’ in righteousness!! They are saved and have eternal life, but have not come into complete agreement in their hearts to the point of being firm, secure, fixed and permanent in walking that out each day. Therefore they open themselves to tyranny of the old covenant law, wrathful fear of the Father, and terror of man bringing an invasion into their life. They allow the Old Testament law to control their thinking. They embrace an Old Testament fear of God that causes them to run from, rather than run to the Father. They open their heart to terror as they listen to world news, see political turmoil, and experience economic downturn. The new covenant fear of the Father is that of an awesome, worshipful attitude toward ‘Abba Father’!!!
Tyranny, fear and terror becomes THEIR choice. You cannot be controlled by tyranny of the law, fear of the Father, or terror of man unless you choose it!!!! Isaiah prophesied that you can be ‘established in righteousness’ to the point where any kind of tyranny, terror or fear will be far from you!!! It may be all around you but it is NOT near you.

I will close with three points of encouragement. First, come into agreement with Isaiah that ‘tyranny will be far from you; you will have nothing to fear and terror will be far removed.’ You are the only one that can make this decision. Second, speak against the demonic powers that try to influence your thoughts and beliefs. Bind them and cast them out from your life. Third, renew your mind by reading and declaring what Isaiah has prophesied; that you are established in the righteousness of Christ and you are clothed in righteousness by faith every day.

Now go forth and be established, you fearless man or woman of God!!
Posted by Harvey Wittmier at 2:06 PM