The Kingdom is Coming....Get Ready!!! 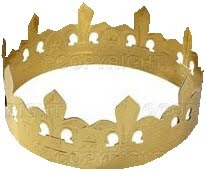 We pray the Lord’s prayer over and over but seldom pray it from God’s perspective. ‘Our Father in heaven, hallowed be your name, your kingdom come, your will be done on earth as it is in heaven.’(Matt. 6:9, 10) This beginning of Jesus’ prayer speaks of a ‘kingdom’ that we pray will come. What is this ‘kingdom’ thing we declare to come? What kind of government is this? With this post I begin a series entitled Establishing the Government of God. His kingdom is coming, but it may not look like what you thought?

The writers of the New Testament wrote of this ‘kingdom’ over 130 times, so it must be very important to our life as Christians and even more important for leaders to understand its meaning. Few nations in the world have kingdoms…there are dictatorships, democracies, theocracies, communist states, and socialist governing systems, but not many kingdoms with a king or queen who actually govern the people. So what does that mean today? Jesus gave us many clues, but he said very specifically in Luke 17:20, 21 Once, having been asked by the Pharisees when the kingdom of God would come, Jesus replied, ‘the kingdom of God does not come with your careful observation, nor will people say, here it is or there it is, because the kingdom of God is within you.’ Jesus says very clearly this kingdom is an internal supernatural, rather than external natural government. Paul goes on to write in Romans 14:17 'For the Kingdom of God is not a matter of eating and drinking, but of righteousness, peace and joy in the Holy Spirit'. So when we pray ‘your kingdom come’ we are declaring the coming of an internal government that rules within the heart of man. It is a government that does not make rules of what you can eat, how much you can eat, what you can drink or how much you can drink, but a government transforming the heart of man bringing forth righteousness, peace and joy. Righteousness, peace and joy are products of what the Bible calls the ‘fullness of Christ’ (Eph. 4:13) emerging from believers as we are built up, come into unity, and move to maturity. It is a government of the fullness of Christ in the hearts of men and women. It is sustained by the spiritual protein of the Word of God, standing upon the finished work of the cross, administered by the Holy Spirit, and fully governed by the governor….the king of kings and Lord of Lords.

Every leader in ministry, business, and government who is sensitive to world events and the spiritual atmosphere knows we are in a time of accelerated change with potential for new territory for the government of God. As leaders we must establish the internal government of His kingdom if we expect external change in governments around the world. In this case the egg must come before the chicken, so to speak.
Posted by Harvey Wittmier at 12:49 PM