We Will Never Give Up! 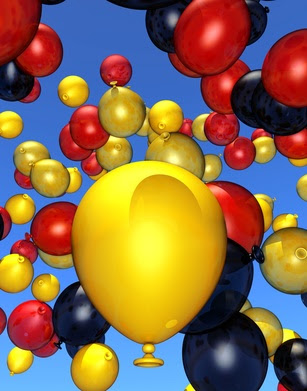 Your victory parade is near!

Many people, when mired in the trials of life, have thoughts of giving up, of taking the easier road, of flowing with the current rather than against it. It means we want to give up! This is especially true for people in the Church who speak and live the gospel of grace and peace in a world blinded by the culture of conformity.

Life is filled with ups and downs, troubles and trials, but it is still life. Jesus said He came to give life ‘to the full’ or ‘abundantly’. He didn’t say what ‘full’ or ‘abundant’ meant, but we can ascertain from His life and the life of the 1st century believers that it was filled with opposition to the good news, overflowing with abuse by religious ones, and targeted by arrows slung from the evil one and……….. a life culminating in overcoming victory!

Paul said it best when he said he was pressed but not crushed, perplexed but not in despair, persecuted but not abandoned, struck down but not destroyed.(2 Cor. 4:8,9) This is the man who was flogged with 39 lashes on five occasions, beaten with rods on three occasions, shipwrecked three times, spent a night and day adrift in the sea, imprisoned for his faith, almost starved, stoned to near death, and often lived with little clothing and slept in inhospitable conditions (2 Cor. 11: 23-27). Yet this same man said ‘we will never give up!’ Wow! He was convinced that the good news of grace through faith in Jesus was worth all of the pressing, perplexing, persecuting and striking he experienced. What a testimony to the power of a transformed heart and mind--------he refused to give up when times got really tough!

Many of you have thoughts of giving up in some aspect of life and ministry. You may not have experienced what Paul experienced, yet the pressure and opposition seems too much to bear at times. Be encouraged that you can make it!! The word says that despite the circumstances, Jesus leads us in a triumphal procession of victory as we follow Him. (2 Cor. 2:14) Don’t give up! Whatever is opposing you or pressing on you is temporary!! Get ready for a victory parade!
Posted by Harvey Wittmier at 8:32 AM