Remnant, You Are Chosen By Grace 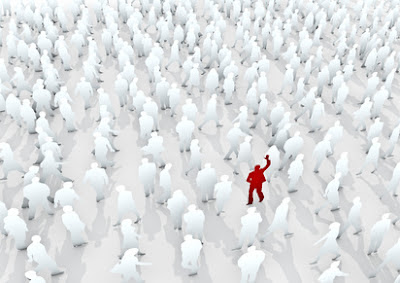 The prophet Ezra wrote this a few years before Nehemiah began repairing the walls of Jerusalem. But now for a brief moment, the Lord our God has been gracious in leaving us a remnant and giving us a firm place in His sanctuary, and so our God gives light to our eyes and a little relief in our bondage( Ezra 9:8). While the concept of a ‘remnant’ is primarily used in regard to Jews returning from exile, there is a thread of the remnant throughout scripture. The ‘remnant’ is defined as that which remains after the last cutting, such as a patch of cloth left after most has been cut away.  In scripture it is a people in the world but not of the world. It is a people dedicated to advance God’s kingdom in the face of formidable odds. It is a people who only live and move from a firm foundation that is unshakable because the world is shaking.  It is a people who have embraced a ‘firm place’ in the spirit realm that makes them immovable within the Kingdom.


The prophet Ezra knew that it was the grace of God that gave them a firm place to restore and occupy their land.


The firm place under the new covenant is the place of grace; the place with Jesus as the cornerstone and the prophets and apostles completing the foundation.  Grace, understood and lived at a deeper level, is pre-requisite to the remnant living fully and occupying completely the land. They live expectantly and actively for the Kingdom. They prefer heaven to earth, but know they occupy earth to advance the Kingdom.


The Apostle Paul spoke of a remnant saying ‘so too, at the present time there is a remnant chosen by grace. And if by grace, then it is no longer by works.’ (Romans 11:5, 6)   Those of the remnant are not of the remnant because of their great works. They embrace God’s great grace to which they have submitted and by which they are being transformed. They have a firm sense of purpose, passion and perspective focused on the Kingdom of God.


Ezra recognized the remnant as different among his people. He said the remnant were ‘everyone whose heart God had moved’ (Ezra 1:5).  Today the remnant differ from the mainstream of culture and from the mainstream of the church. The have moved from the mainstream to the river whose streams make glad the city of God (Ps. 46:4).  You are DIFFERENT!  WE are DIFFERENT! The stream in which we live is different. To be different and advance the Kingdom of God requires a stream of great grace to endure; great grace to extend to those who see you as ‘different’.  Embrace this firm place; a stream and a foundation. One that continually flows from city of God; the other that is firmly fixed as the foundation of that city.  Live there and you will advance His kingdom!!!

Posted by Harvey Wittmier at 1:46 PM No comments:

Remnant, You Are Not Alone 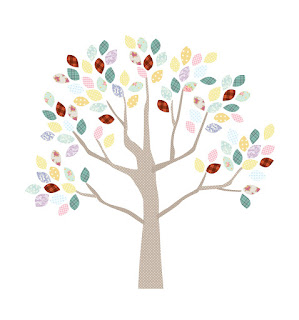 Once more a remnant of the house of Judah will take root below and bear fruit above. For out of Jerusalem will come a remnant, and out of Mount Zion a band of survivors. The zeal of the Lord Almighty will accomplish this. (2 Kings 19:30, 31) The prophet Isaiah spoke these words of encouragement to King Hezekiah. Just as Nehemiah was an apostolic forerunner leading a remnant to restore the nation, so was Hezekiah.


Nehemiah and Hezekiah give the church today a picture of leading the remnant. There is a remnant within the church that has deep roots in the Kingdom of God. There is a remnant that is bearing fruit for the Kingdom. These are ‘a band of survivors’ that reflect the strength of the Father, the love of the Savior, and the fruit of the Spirit to advance the Kingdom of God. They are the remnant with the ‘good and noble heart’; a heart of rich fertile spiritual soil.  Their hearts receive the Word of God, allow it to become deeply rooted, endure hardship and bring forth great fruit (Mk. 4:20; Lk.8:15). The remnant is a deeply rooted band of believers.


Perhaps it’s the teacher in the public school system that quietly brings the Kingdom of God into the classroom every day. It may be the business person who consistently gives generously into Kingdom work. It could be the legislator who consistently stands alone to reflect Christian values. Perhaps the remnant is seen in the parent who refuses to allow the infusion of occult books and media into his or her child’s mind in spite of peers who say ‘it’s harmless’.   It may be the lone church standing for Truth while others are awash in the sea political or cultural sensitivity. Those in remnant feel like they don’t ‘fit’ in the culture. They feel like they and they alone are left in world of chaos.  And….they don’t fit within that world. However, they choose to occupy it!  They refuse to be pureed into the slurry of blended beliefs. Through the Holy Spirit they are knitted into the larger fabric of spiritual material that takes root below and bears fruit above.


Do you feel alone because of YOUR beliefs, Your stand, Your endurance against the pressure of peers?  You may be among the remnant. Be encouraged! You are not alone! Stay rooted! When all else is done…..stand. The zeal of the Lord is bearing fruit through YOU for His glory and goodness.
Posted by Harvey Wittmier at 1:13 PM No comments: 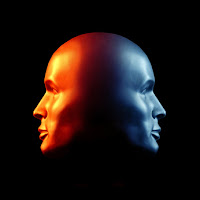 Nehemiah was a man who learned to discern. Discernment is to see behind the façade; to detect that which is disguised.  Nehemiah had key perceptions and responses that revealed his discerning heart, discerning evil influence from good influence. A neighboring governor, Sanballat, used nice sounding words requesting a meeting on the plain of Ono. This was a place out in the open away from Jerusalem. Nehemiah discerned his nice sounding words as a scheme for harm saying ‘But they were scheming against me; so I sent messengers to them with this reply……’I am carrying on a great project and cannot go down’. (Neh. 6:1-4) Nice sounding words do not equate to Spirit-sourced motives. He discerned the motives and responded in wisdom.


Nehemiah also discerned the motives of Shemaiah, one of the prophetic leaders, as those of a false prophet. Shemaiah told Nehemiah to hide inside the temple to protect himself from the enemy. But Nehemiah said ‘he had been hired to intimidate me so that I would commit a sin by doing this, and then they would give me a bad name to discredit me.’(Neh. 6:13) The sin Nehemiah speaks of was two-fold: retreating into the inner sanctum of the temple where only priests were allowed though he was not a priest; and hiding as a coward when he was supposed to be a leader.  Nehemiah discerned that Shemaiah’s motives had nothing to do with Nehemiah’s safety. They had everything to do with Shemaiah’s relationship with the enemy. Shemaiah was hiding something!!


There is a special spiritual gift of discernment (1 Cor. 12:10), but there is also a general discernment within anyone who is filled with the Holy Spirit. You can yield to the Holy Spirit’s voice and His impressions to detect that which is disguised. I have found in secular and church leadership that discernment can prevent bad decisions.  I learned to consider not only the visible evidence of what is going on but to detect evil disguised as good.  For example, an employee with addictions will begin to twist truth and protect anything that serves the addiction. At first this may not be mission-critical, but over time becomes more and more problematic leading to mission failure. Discernment doesn’t wait for visible failure. By that time it is often too late. Before the addiction is overtly evident, a leader must discern nice words, deflection of accountability and avoidance of disclosure.   A leader’s discernment then partners with wisdom making a good decision, fulfilling God’s plan and thwarting the devil’s schemes.

Posted by Harvey Wittmier at 7:45 PM No comments: