Prophets Embrace a Heart of Humility 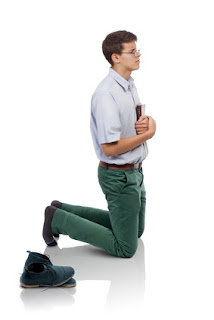 Prophets embrace a heart of humility towards God and His people.

Eph. 4:9-13 says It was He who gave some to be apostles, some to be prophets, some to be evangelists, and some to be pastors and teachers, to prepare God’s people for works of service, so that the body of Christ may be built up until we all reach unity in the faith and in the knowledge of the son of God and become mature, attaining to the fullness of Christ.

The Prophet is part of the construction material for building the church into the fullness of Christ. The maturity of the prophet will affect his/her effectiveness in building people.

Lacking a strong dose of humility, a prophet will glorify themselves with their gift, revel in their revelation. The gift of prophet is very attractive to people. Immaturity within the prophet can subtly erode the heart of humility and erect a house of pride. People’s attraction to the gift FEELS good to the flesh. The level of influence FEELS powerful. The level of authority FEELS supreme. Therefore, immaturity makes way for self-centered rather than God-centered ministry. Immature prophets get offended quickly when their accuracy or acuity to God’s voice is questioned. The immature says ‘they have heard from God’. To not accept or to question them is an offense. To question WHAT they have heard is to question the One from which they think they heard. To question HOW they spoke what they heard is to question God’s authority.
The prophetic ministry has great power to influence people and decisions. This power makes humility a necessary foundation for Kingdom effectiveness. While we may ascribe a similar requirement for any of the five-fold gifts, it is the Prophet who say’s or implies ‘thus says the Lord’ to his/her words and actions.  Humility makes room for correction. Humility makes room for mentoring. Humility makes room for other leaders to speak into their lives.

Transformation from immaturity to maturity is realized as the Prophet embraces nurturing, mentoring, and correction by others in the ministry, especially other prophets, apostles and pastors.   AS the prophet embraces humility, they bring prophetic insight and words that allow others in leadership to accept some, all, or none without becoming offended.  They grow into the builders of the church, formers of the fullness of Christ bringing glory and honor to Jesus, the head of the church.

Posted by Harvey Wittmier at 8:25 AM