The Role of the Prophet: Reflecting the Heart of the Father 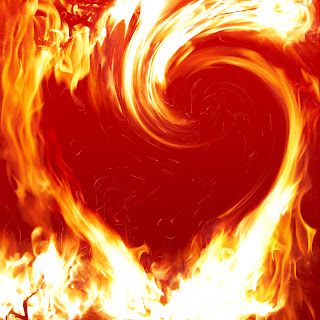 Prophets must reflect the heart of the Father toward His church.

Eph. 4:9-13 says It was He who gave some to be apostles, some to be prophets, some to be evangelists, and some to be pastors and teachers, to prepare God’s people for works of service, so that the body of Christ may be built up until we all reach unity in the faith and in the knowledge of the son of God and become mature, attaining to the fullness of Christ.

The prophet is a critical modern day ministry within the 5 ministries spoken of in this scripture.
In the last post I stated that a key aspect of the New Covenant prophet is they operate out of love. They have the heart of the Father toward His people. This love is not necessarily a warm, fuzzy emotional feeling. It is much more of a deep desire to reveal the fullness of the Father’s heart toward His people through the prophetic voice. Internationally renowned apostle and Prophet Rick Joyner said in one of his books ‘no other ministry carries the potential for either blessing or disaster as does the prophetic’ (The Prophetic Ministry, Morning Star Publications, 1997).

In order to function as a revelator of the Father’s heart the modern prophet must walk in quality of character that reflects the transforming power of grace. If a prophet speaks a word that implies it is a direct word from the Lord, e.g. ‘thus says the Lord’, then it must be as pure as possible in reflecting the character of the Lord.  Character development and personal integrity are prerequisites to walking in the role of prophet. Prophets must be well seasoned in ministry and mentored by more mature ministers to walk in the fullness of their calling.

Character development includes four key heart attitudes, the first of which is (1) intimacy with the Father.  Intimacy with the Father is foundational to the prophet’s ministry. A mature prophet’s primary passion and position is being a friend of God.  Jesus said, ‘I no longer call you servants…I have called you friends’ (John 15:15).   THIS is their life goal...being so close to the heart of the Father that they speak only what He speaks. The Apostle John is a good example of this character quality. Throughout the New Testament it was John who was so very close to Jesus. It was John’s gospel that speaks so strongly and clearly about Jesus' relationship with the Father.  Through this intimacy with the Father the prophet gains a heart of love for the people. Without this intimacy a prophet may prophesy but the words will often come tainted with a harshness and hardness that does not reflect the grace or love of God. A lack of intimate relationship will reflect hardness toward God’s people. This does not mean a prophet cannot speak corrective words to individuals and churches, but he/she will speak such words encased in the Father’s heart; the nature of Jesus. If a prophet say’s ‘thus says the Lord’ it must be the intimate heart of the Lord they are reflecting.

Coming in the next post…the second character attribute of the prophet-humility.
Posted by Harvey Wittmier at 1:24 PM