The Prophet Tests the Spiritual Time and Temperature 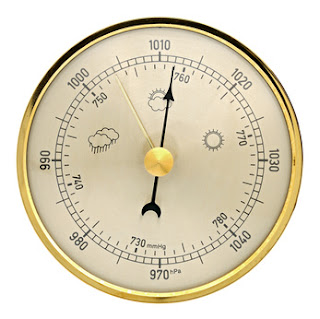 Eph. 4:11-13 It was He who gave some to be apostles, some to be prophets, some to be evangelists, and some to be pastors and teachers, to prepare God’s people for works of service, so that the body of Christ may be built up until we all reach unity in the faith and in the knowledge of the son of God and become mature, attaining to the fullness of Christ.

The mature prophet has discretion and discernment. They know when, where and what to share as revelation to a person, church or nation. Some in ministry would say that if God gives a revelation or word of instruction the prophet MUST share it……must release it… immediately.  This is the spontaneous view of the prophetic, i.e. a momentary immediate response to God based upon input from the Holy Spirit. Often this occurs in charismatic churches during worship in music or corporate times of prayer. Spontaneous prophetic words are the first level of learning the prophetic and a common way the gift of prophecy functions in a church gathering. It is part of developing the gift of prophecy whether a person is a prophet or simply endued with a prophetic word in accord with 1 Cor. 14:1.

However, the role of prophet in the church is much more than a spontaneous word during prayer or worship. The prophet often gets prophetic revelation, especially for ministry leaders, churches and ministries outside of regular corporate worship times. The mature prophet then considers the content, the target and the timing to share revelation.  The Apostle Paul told the church in Corinth that ‘the spirits of the prophets are subject to the prophets. For God is not a God of disorder but of peace’. (1 Cor. 14:32)
Herein lays a great demarcation between the character of the mature and immature prophet; discretion and discernment of time and temperature for the prophetic. To be ‘discreet’ is to ‘be wise in avoiding errors or in selecting the best means to accomplish a purpose’.

I have ministered with and received ministry from several prophets. I have also been in church services and ministry events with much prophecy from aspiring prophets.  On several occasions the time and temperature for a word was off. The lack of discretion and discernment led the immature person to give a prophetic word at a time and place that was neither wise nor best to accomplish God’s purpose.  At such times the word becomes background noise amidst many sounds and voices, and is not received with due weight.

The mature prophet is not driven by the emotion of the moment or the ticking of the clock to operate outside God’s wisdom for timing and temperature to accomplish His purpose. The mature prophet often keeps much to him or herself simply because it is neither timely nor necessary to cast it abroad. Because they know specifically with whom and when to share, when they do bring forth revelation or a word at the right time with the right spiritual atmosphere, people listen. The time and temperature are right.
Whether you are a prophet or someone who operates in the gift of prophecy pray and learn the character of waiting upon and discerning God’s timing for His purposes.

Posted by Harvey Wittmier at 1:50 PM