An Extreme Season For an Extreme Kingdom 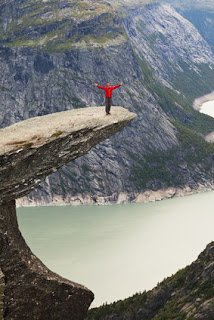 Luke 9:61, 62 - Still another said, “I will follow you Lord; but first let me go back and say good-bye to my family.” Jesus replied, ‘No one who puts his hand to the plow and looks back is fit for service in the kingdom of God’.

Jesus spoke words of stark contrast with the culture of the day.  The Jewish culture was heavily oriented toward ‘family first’. The culture expected and even demanded certain behaviors reflecting their understanding of traditions and of the Law. But Jesus spoke of a new culture that would part the waters of cultural paradigms and shake the foundations of family first.  He introduced an extreme kingdom led by an extreme king, Jesus Christ.

In the world you and I occupy, we live among many cultural and family expectations. Some of those expectations are benign and some are bondage. But because we live among them, we often become like them, subtly complying and giving way when we should be following The Way.  The extreme words of Jesus are like a sharp sword dividing the soul realm of our mind and emotions from the spirit realm of God’s kingdom. To say we are not ‘fit for service in the Kingdom of God’ if we look back (place family and culture above the Kingdom) is extreme. To imply that if we take our eyes off the road of ministry ahead of us we are not ‘fit’ is an extreme word.

We live in a season that is calling upon the people of God to be ‘extreme’. The Holy Spirit is wooing us, drawing us, pulling us deeper and higher to live in His Kingdom irrespective of the cultural currents.  With this post I beginning a series to bring forth and challenge each of you to the extreme…..a word maligned in political and cultural circles where the ‘normal’ of vanilla is the valued flavor, especially as it applies to Christianity………the culture screams out “look and act and sound like you are vanilla…like you are part of the crowd…..like you are the majority”.  I have a strong word for you.  We are not part of the majority, whether in America, Africa or Asia……we are a remnant chosen by grace to advance the Kingdom of God in these last days.  Today we embrace extreme living in an extreme Kingdom. We follow an extreme king to fulfill our extreme purpose, and gain our extremely good and righteous reward!  I speak great grace to you as you embrace this season.
Posted by Harvey Wittmier at 1:24 PM No comments: