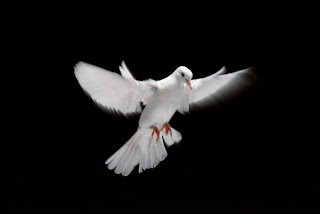 Matthew’s version of this scripture says ‘I did not come to bring peace but a sword.’(Matt. 10:34)  Wow!  Jesus is saying he would bring separation, division, or a sword that cuts and divides!   Those are extreme words. But what do they mean?

These few words of Jesus seem to contradict other scriptures that indicate he would bring peace. For example, the angels declared ‘’Glory to God in the highest, and on earth peace to men on whom His favor rests.’ (Luke 2:14).  Jesus said to His 12 apostles, ‘Peace I leave with you; my peace I give you.’ (John 14:27).  Paul’s opening greeting in each of his letters included the greeting of ‘grace and peace’.  Jesus spoke these words to reveal gospel and a kingdom so extremely different from the culture and kingdom of the earth, that the very peace we have with the Father would bring division with those who do not know it.

Receiving the peace of God is a choice. We have peace with the Father upon being born again. As far as our Father is concerned He is at peace with us and He offers that continual peace in our relationship with Him. But we must continually choose that peace…....an extreme choice that brings a deep inner sense of ‘it’s going to be OK’.  It’s the kind of peace in our hearts that settles and calms the soul conquering circumstances that scream for emotional reaction.  It’s a kind of peace that others see as either attractive or unattractive, i.e. out of the mainstream, not ‘normal’. It’s the kind of peace that separates living in the kingdom of God from living in the kingdom of this world. It’s an extreme peace found only in an extreme kingdom, but………..it may bring division or expose division that is hidden within.

Hebrews 4:12 says ‘The Word of God is living and active. Sharper than any double-edged sword, it penetrates even to dividing soul and spirit, joints and marrow; it judges the thoughts and attitudes of the heart.’  Jesus desires an inner peace for you that comes from the unity of living only in His kingdom.  Trying to live in two worlds or two kingdoms brings inner division…….inner contradictions….inner turmoil that is divisive and lacking in peace.  Living in two worlds may bring a superficial, momentary peace with the world around you but will not bring the inner peace of living only in the kingdom of God.  The Spirit of God will always draw you toward the unifying peace of His kingdom, an extreme peace that reflects your extreme relationship with the Father. This kind of living opens you to the peace that passes understanding in your inner man. This is extreme living! The outer world may not like it. However, you won’t care! You will have the peace that overcomes whatever the world can throw at you.   Embrace His extreme peace on the inside and overcome division on the outside.
Posted by Harvey Wittmier at 6:45 PM