The Extreme Life of Christ 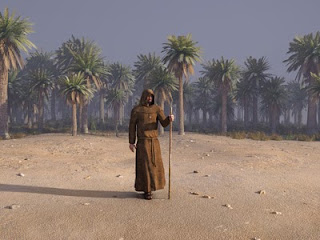 As they were walking along the road, a man said to Him, “I will follow You wherever You go.” Jesus replied, “Foxes have holes and birds of the air have nests, but the Son of Man has no place to lay His head”. (Luke 9:57, 58)

In this scripture Jesus tests the man’s resolve to follow Him.  He laid before him the unknown reality of following the Messiah……not knowing where he would lay his head that night. Following Him meant a life of extreme faith, not having the predictable, palpable, and comfortable attributes of life securely in his grasp.
So what does it mean to be ‘extreme’ in following Jesus and living in His kingdom?  The definition of ‘extreme’ is ‘outermost or farthest; being in or attaining the greatest or highest degree; very intense; extending far beyond the norm’.  Notice that extreme is not defined as weird or deviant, but as greater than……beyond normal…..outermost…….highest degree.

Following Jesus today is an extreme choice; a choice to follow an invisible savior in an invisible kingdom, expecting an invisible heaven, and exerting invisible authority. Yet in so doing we live a very visible life far outside the norm of culture attaining the greatest degree of security, safety, sanctity and freedom.  We live a life trusting in the unseen King and Kingdom rather than in the tangible things we have acquired for ourselves.
The extreme nature of the Kingdom of God becomes visible as the church lives the life of Christ on earth. We bring heaven to earth. The church reveals the diverse wisdom and nature of God (Eph. 3:10, 11).  The church carries the keys of the invisible kingdom. We can offer a foggy, opaque view of God’s kingdom or we can present a clear, transparent window into His Kingdom. If we live like the mainstream no one will take notice. We can live a life that is normal or far beyond normal. We can display a level of trust that is extreme or mainstream.

The more extreme we are in our faith and trust in Jesus, the more clearly we display His kingdom to those around us. We may be labeled as ‘extreme’.  Well…..get used to it!  In America evangelical Christians are already labeled as extremists.  We already have the label…why not live the label?

The church in America (and in some other nations) is facing a choice of blandly blending in to the culture or offering vibrant clarity beyond the cultural norm. Those that are seeking and desiring truth and authenticity will take notice! When we say we will ‘follow Jesus wherever he may go’, we assume a risk…..a risk to live outside the norm; a risk to be far from mainstream; a risk to live at the highest degree of the abundant life Jesus promised to those who would follow Him. Take the risk………live an extreme life in Christ!

Posted by Harvey Wittmier at 3:05 PM