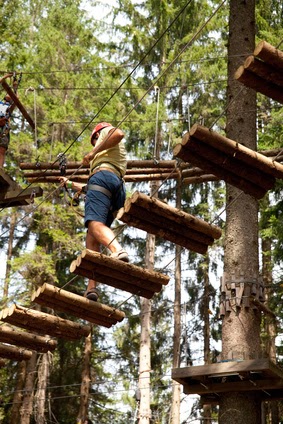 Godly character is prerequisite to effective leadership and fulfillment of your kingdom purpose. It is prerequisite to each level of responsibility as you follow the call of God. It is a growing process involving you, your heart, and your Father. Your character will be tested or ‘proved’ as you move forward in leadership and Kingdom influence in government, business and ministry.

Joseph is a classic example of one tested at progressive levels of responsibility. Each test and level of responsibility positioned him for the next, until fulfillment of his purpose came to pass. The Psalmist, David, says of God’s plan for Joseph, “and He sent a man before them—Joseph, sold as a slave. They bruised his feet with shackles, his neck was put in irons, till what He foretold came to pass, till the Word of the Lord proved him true. (Ps. 105:17-19 NIV) Note that Joseph received a prophetic dream from God but was ‘proved’ before the Word of the Lord (the prophetic dream) could come to pass. The New Living Translation says ‘until the time came to fulfill His word, the Lord tested Joseph’s character.’

As a pastor, apostle, and former government leader I can verify that God tested my character!! He does not want you, me or anyone carrying his anointing and gifting to lack the accompanying level of His character. He does not want poor character to undermine His kingdom purpose for us or those around us.

Joseph grew in character so he could grow into position.  Position for what? The position to save his family, the sons of Jacob, the 70 members of 12 tribes of Israel, the lineage of the Messiah. God had a plan that included Joseph’s leadership in a far off land, Egypt. That plan required Joseph to grow on the inside, in his heart, so that he could implement God’s plan on the outside…saving Israel. Joseph went through 13 years of testing and transformation before being selected by Pharaoh to manage the land of Egypt. He went through another 9 years of managing the Egyptians before entering the position of saving Israel.  22 years of proving, testing, and growing…to fulfill God’s plan for 70 people…12 tribes...a Messiah and a Savior of all mankind! Note that Joseph did not force himself into position nor demand the position. He didn’t even remind God of the dream!! He simply allowed God to work in him and through him unto growing into position!

I don’t think Joseph enjoyed all that testing! I don’t enjoy all my testing. I don’t think Joseph was particularly encouraged by it all. But he continued to walk in faith, true to God in spite of low position or high position. Every position was a step toward fulfillment of His God ordained purpose. I say to you, continue to walk into God’s character, and you will walk into your next position of influence and purpose.
Posted by Harvey Wittmier at 8:34 PM No comments: