A Vessel of Purpose 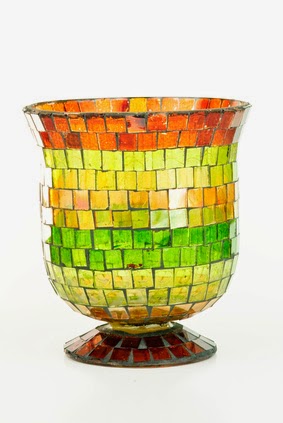 I just returned from a powerful gathering here in Colorado, a gathering of diverse people; pastors, evangelists, elders, prophetic intercessors, prophets, teachers, servers, apostles, missionaries and other facets of the ‘church’. We gathered on a mountain top to seek the Lord, pursue His presence and bring forth His Word.   The gathering was a reflection of a prophetic image the Holy Spirit revealed to intercessors prior to the event; an image of beautiful individual cuttings of colored gem stones, unique in shape and size, whirled together into a vase forming a mosaic of colors, shapes, and facets. The vase represents a coming together of gifts, talents, personalities, ministries, and cultures.  A vessel formed from the Father’s treasure chest to carry His anointing and fulfill His purposes.

The gathering was small from man’s perspective, 50 people, yet reflected diverse gifts, callings, and ministries from Mexico, Canada, and Vietnam; from Florida, Colorado, New Mexico, and Arizona.  As I ponder what the Lord did among this group I am reminded of David’s words in Psalms 107….those He gathered from the lands, from east and west, from north and south. Some wandered in the desert wastelands (wilderness), finding no way to a city where they could settle. They were hungry and thirsty, and their lives ebbed away. Then they cried out to the Lord in their trouble, and He delivered them from their distress. He led them by a straight way to a city where they could settle (a city of habitation). Ps. 107:3-7

The gathering was ‘some’ of the remnant; a people passionate and purposeful, some having wandered in a wilderness. Not a rag tag assembly of leftover cuttings, but a strategically assembled vessel of passion, purpose, and strength.  A small group, yet part of a much larger vessel God is forming to advance His Kingdom in these last days. We are a people like those described by Ezra:  those ‘whose hearts God had moved’. (Ezra 1:5) Not self-absorbed but Kingdom minded.

I believe the Holy Spirit is forming an army, a community, a family, a city of habitation to declare the good news of Jesus Christ to every tribe, tongue, and territory. Such a people are ‘members of God’s household, built on the foundation of the apostles and prophets, with Christ Jesus himself as the chief cornerstone.  In Him the whole building is being joined together and rises to become a holy temple in the Lord. And in Him you too are being built together to become a dwelling (place of habitation) in which God lives by His Spirit. (Eph. 2:20-22)  In these days the Holy Spirit is revealing plans to build something in the cultural wilderness, a place of habitation (dwelling, settlement) to carry out His kingdom purposes on earth.  Watch, pray, declare and respond to Him as we move with Him.  Praise His Holy Name.
Posted by Harvey Wittmier at 10:05 AM