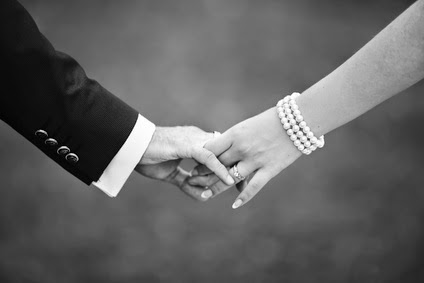 Rom. 1:21 ~ For although they knew God, they neither glorified Him as God nor gave thanks to Him, but their thinking became futile and their foolish hearts were darkened. Vs. 32… Although they know God’s righteous decree that those who do such things deserve death, they not only continue to do these very things but also approve of those who practice them.


The Apostle Paul’s words to the Romans deserve pause and consideration for us today.

We live amidst a culture of corruption in America. We see it in the area of core values, world views and our national moral compass. The futility and darkness of our culture is apparent in so many areas that it is difficult for me to address just one or two as examples. But let’s take the Biblical view of sexuality and marriage. The Biblical view is clear that man and woman are designed distinctly differently, yet are designed by God to come together in marriage to become a union. God considered this union to be His design and plan. We find no latitude in scripture to endorse or advocate for same sex marriage and, until recent years, there was no latitude in our culture for such endorsement or advocacy. However, same sex unions and lifestyles are not only accepted but endorsed, advocated and even celebrated.

What were Paul’s words?  … ‘they not only continue to do these very things but also approve of those who practice them’.   Approval comes in the form of politically correct cultural rules, new laws defining ‘hate speech’ and marriage, and government and corporate policies reflecting the same approvals and endorsements.  We see this in hundreds of examples in our nation, but let me briefly list a few; an attorney in Virginia is being disciplined for articulating his belief in the Biblical definition of  marriage, a newspaper editor in Iowa being fired for writing a personal blog describing his Biblical view of marriage, an Army Colonel describing the American Family Association as a ‘hate group’ for its Biblical view of marriage,  and a high school in California banning Chick-fil-A sandwiches because Chick-fil-A’s founder (now deceased) once said his view of marriage was between a man and a woman. So we see governmental, corporate, and media policy embracing the new normal; same sex unions and lifestyles are embraced and Biblical worldviews are excluded and even punished!

Dr. Albert Mohler, President of Southern Baptist Theological Seminary, recently stated in a speech that America has experienced a ‘cultural reversal’. He defined a cultural reversal as when that which was condemned is now celebrated and those who refuse to celebrate it are now condemned.  His words are a precise expression of where we find ourselves in this nation on many issues, including the one described above.
So, is the Biblical perspective lost in America? No, it is clarified. It stands in stark contrast to the emerging culture. Those of us who embrace the Kingdom of God also embrace its fundamental truths and principles. Living out those truths and principles bring clarity to the Kingdom perspective of living. Embracing them also brings attention and forms of persecution from the culture. So how do we move forward with Kingdom clarity in our culture?

Move forward with the Kingdom of God as your focus, your substance, and your provision every day. We focus on what Jesus did for us and for them as scripture says, ‘Consider Him who endured such opposition from sinful men, so that you will not grow weary and lose heart. (Heb. 12:3)

Posted by Harvey Wittmier at 1:52 PM

Amen, Harvey. Woe to those who call evil good, and good evil. Today's inaction by the Supreme Court of these United States adds emphasis to your message. Thank you for standing firm. "Love is not always nice and agreeable" is so very true.

Thanks Kathleen! I wrote this blog last weekend, before the Supreme's announcement today. We all stand as lights amid the darkness!