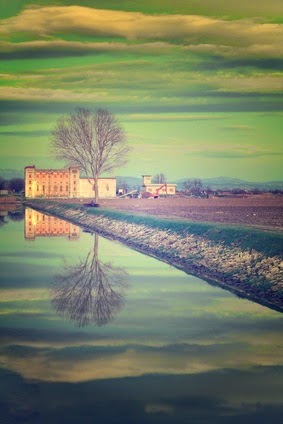 The second prophetic word I will share from our 2015 prophetic impressions is that this year will be a year of ‘reclamation’.  The prophetic sense in this word is specific to laying claim again to something that was lost or stolen. We must claim again and take back something we don’t have, but to which we have a legal claim.  Many people in ministry walk in a diminished dimension, neither experiencing nor manifesting the fullness of their call and anointing.  In this context it is not because of the flesh, but because of lacking something lost, probably long ago. In some cases it may be something you didn’t know you lost.  You don’t know what you should have, because you didn’t know you had a right to it.  Aspects of God’s design and inheritance are often stolen by the enemy at such a young age we have little understanding later in life that something is lacking.  We had it, but we don’t really know we had it. We don’t know we are missing something that is rightfully ours. One other dimension to this word is to reclaim something WE gave away. We gave up ground that was rightfully (in the kingdom sense) ours. We let it go and have yet to reclaim it.

One definition of ‘reclamation’ is to bring the land into a condition to support life, i.e. to be productive. For example the US Government has an entire bureau, the Bureau of Reclamation, that was created to transform water and land resources from a wild condition to a cultivated, agriculturally productive condition. Spiritually, I see application of this word globally and particularly in America. The Father desires for us, the church, to reclaim the land!! The Kingdom life and productivity of the nation that has been lost or stolen is to be reclaimed unto life and productivity. The Father desires that America produce fruit from His kingdom AGAIN!

The word reclaim is an active verb. This means you must do something, lay claim to something, and perhaps take action related to physically, emotionally, or intellectually reclaiming what has been lost.

We know that God’s grace has ‘given us everything we need that pertains to life and Godliness through our knowledge of Him who called us’ (2 Pet. 1:3). We may not know the fullness of that deposit until we know the fullness of Him who gave it.  Therefore, if something has been stolen, lost, or given away we may not realize it until we get deeper revelation on who He is and what He has given. If we don’t know fully what He has given, we can’t know what may be lost or stolen.  We simply don’t know that we lack it...it’s not a sin issue it’s a knowledge issue.

However, we must know that we have a legal right to it!  His deposit in us is a kingdom deposit, therefore as legal inheritors of His kingdom we have legal claim to it! What was lost was part of our kingdom claim to accomplish our purpose, including national purpose, in life. What was stolen was part of our inheritance as ‘sons of God’ (Gal 3:26; 4:7).  Grace includes the power for us to take back what has been stolen through the authority of the name we carry, Jesus Christ.

As we gain revelation in our heart of hearts of that missing piece, we can then embrace and appropriate His power to reclaim it. As we receive revelation, we employ activation, i.e. doing whatever is necessary to reclaim that which was lost! Some of you may instantly know, as you read this word, that which was lost or stolen. Others of you may need to seek revelation on it. But be assured, the power of the cross and your family right as a son/daughter of the Father make a way to full reclamation in your life.  May this be a year of reclamation for YOU!

Posted by Harvey Wittmier at 5:43 PM

May the Body of Christ experience RECLAMATION in this 2015 year!