Devoted to the Reality of Jesus 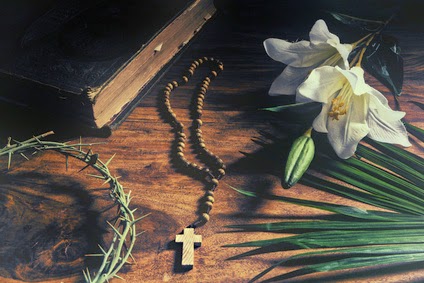 Jesus entered Jerusalem on Palm Sunday to shouts of “Hosanna” and ‘Blessed is He who comes in the name of the Lord’ (John 12:13). The people adored Him spreading their coats and waving palm branches as he passed into the city. They heard the word from Bethany that he had raised Lazarus from the dead (John 12:17). He had resurrected Lazarus after four days in the grave!!! What a miracle! This must be the Messiah, the promised King of Israel, the one that would deliver them from Roman rule, restore their nation, and bring freedom after over 500 years of dominion by other nations. However, by Friday he was betrayed, denied, arrested, tried, convicted, scourged, and crucified. No crowds gathered at the cross. What happened! How could such adoration turn to antagonism? How could celebrating a king turn to crucifying a criminal?

What happened was a change in perspective, a change in the people’s perspective of who he was. When He said ‘my kingdom is not of this world’ (John 12:36) the perspective of the crowds and even some of the disciples changed. When he did not resist his own arrest perspectives changed. He would not deliver them from Roman rule. He would not restore their nation. You see the crowds adored their concept of a messiah, a king; but were not devoted to the reality of the messiah, the king. Adoration is based in emotion. People often adore TV personalities, a professional persona that is not reality. When the reality of that person’s life comes forth adoration is fleeting, and only a few are found devoted to the real person. Devotion is based in consecrated commitment to a deeper reality.

In Christianity we are called to be devoted to the King and his kingdom. Paul said he desired that we ‘may live in a right way in undivided devotion to the Lord’ (1 Cor. 7:35b). Adoration, while carrying some emotional value in our soul, will not endure in tough times and challenging circumstances. The American church mindset adores the American concept of Jesus and His kingdom. It is a concept based on an emotional projection of who they think He is rather than the deeper reality of who He is. It is based in a cultural expectation of what they desire him to be, rather than who He is…one to be worshiped in Spirit and in Truth…one deserving of complete devotion and consecration in spite of circumstances or unanswered prayers.

The early church was devoted to Him and His kingdom. They devoted themselves to the apostles’ teaching, and to the fellowship, to the breaking of bread and to prayer (Acts 2:42). When we have single-minded devotion, our life rises above circumstances. It rises above Palm Sunday adoration. When we have focused consecration on His kingdom and His rule, we overcome unmet expectations and disappointments.

I challenge you today to be ‘devoted’ to the reality of the King of Kings and His kingdom. As we approach Resurrection Day, the reality of Jesus will be found in your devotion to Him.
Posted by Harvey Wittmier at 12:26 PM