Remnant, You Are Not Alone (Remnant Series)


Welcome back to our series on The Remnant of God!  If you are receiving this blog by email, please click on the blog title.  The link will take you to our blog page where you can view the second in Harvey's series on The Remnant.
Posted by Harvey Wittmier at 1:19 PM No comments:

The Gathering 2015, A Convening of the North American Remnant


I am reflecting on the past weekend where we gathered at The Gathering here in Colorado.  Those gathered were all those ‘whose heart God had moved’ (Ezra 1:5). As I reflect I also recall my own words as I closed the weekend out, "How can we describe a corporate, yet individually personal, encounter with the Holy Spirit?".  I said ‘you had to be there’. It was the kind of encounter that leaves me short on words to adequately…no, to accurately articulate color, flavor and tangibility to the presence of the Father.  We had an apostolic and prophetic team that met prior to each session of worship to discern and respond to what the Holy Spirit desired to accomplish.  That team brought forth a progression of understanding for what the Lord desired as we moved through the weekend.

The key elements of The Gathering were worship at both higher and deeper levels; forgiveness within and on behalf of the church in America for leaders and followers who carried offenses and wounds, and clarity and understanding of the remnant heart for America to intercede for a people that would rise up and advance the Kingdom of God in these days. We prayed for every state and for the remnant hearts to arise in America.

Worship launched us and then carried us to intimate and powerful encounters with the Holy Spirit. Pictures, visions and words came forth that confirmed the Lord’s presence and purpose.   Forgiveness at deeper levels. First, leaders forgiving other leaders who may have hurt or offended them in the past. Then leaders forgiving followers for ‘sheep bites’ that hurt and wounded the shepherds. Then followers forgiving leaders for controlling, hurting, or not valuing people within the church. This was done both personally and in identification with all those in the US with similar hurts. Clarity of who the remnant is and what they are collectively called to do in America. This clarity is found in the heart of Nehemiah, Ezra, and others who paid a personal price and crossed the threshold into unfettered commitment and conviction to the Kingdom of God and His son Jesus. Our worship leaders wooed us by the Spirit from teetering on the edge of the river, to stepping into the stream of His Spirit. Only the Father knows the fullness of this past weekend, but we each experienced His reality that calls unto greater levels of His Kingdom walk. But everyone identified with the words of Ezra, we truly were ‘everyone whose heart God had moved’. It was much bigger than the group that gathered. The Gathering was a seed sown into the kingdom soil of America. Well...you had to be there.
Posted by Harvey Wittmier at 9:24 AM No comments: 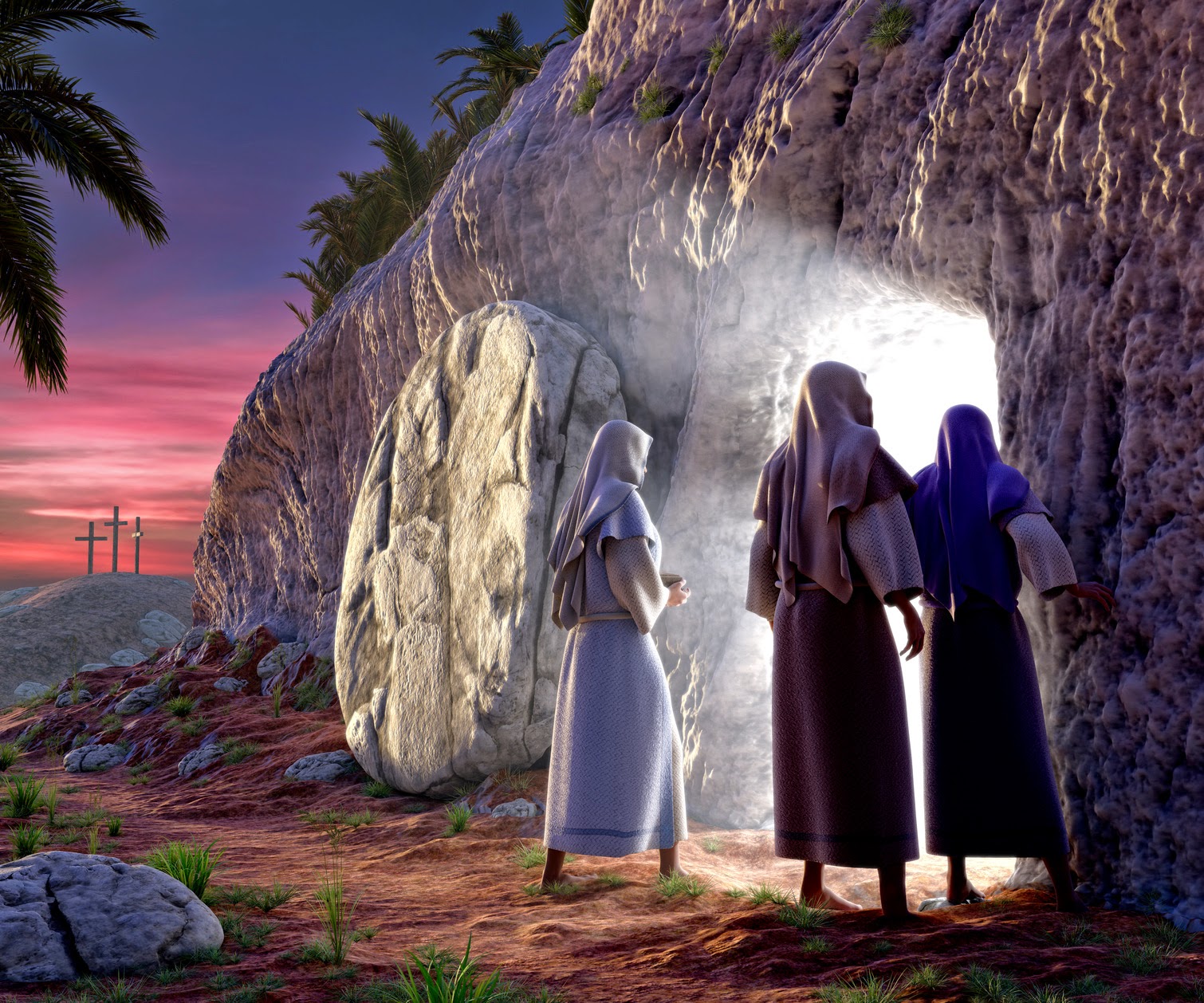 Throughout scripture the Lord has ways of revealing His will to His people.  He does not keep us in the dark. He does not play guessing games. He does not lead us down deceptive pathways. Anytime the Father wants to reveal His will, especially in critical decisions, he will reveal His will and His truth through a principle; the principle of two or three witnesses. Under the Law of Moses God decreed that there could be no conviction of for transgression without the ‘testimony of two or three witnesses’ (Deut. 17:6; 19:15). To establish a thing two are three witnesses were required. This principle is continued through the New Covenant as Jesus reiterates this for the church (Matt. 18:15-20). Then, prior to His ascension, he declares to the apostles and disciples they will be his ‘witnesses’ throughout the world (Acts 1:7, 8). I find three key ways that the Lord may clearly reveal His will to assure we do not miss or misunderstand His key Truths and will at key decision points.

In Luke 24 we find this three-way revelation in the context of Christ’s resurrection. We find it first when Mary, Mary Magdalene, and Joanna find the tomb empty. In verse 4 it says ‘While they (the women) were wondering about this, suddenly two men in clothes that gleamed like lightening stood beside them. In verse 6 the men said ‘He is not here; He has risen!’ This was a completely supernatural revelation that ONLY occurred for these three women. This is heavenly revelation. When Peter tried to verify what the women witnessed he could only verify the empty tomb but could not verify the revelation of two angels and their message. Therefore, Peter could only ‘wonder to himself what had happened’ (Luke 24:12). Peter did not have revelation and understanding of the Truth of the resurrection, but the women did! A heavenly revelation cannot be independently verified. YOU have to be there!  In our church we have had supernatural visitations and revelation of God’s presence during some of our worship times. When I try to explain it to others who were not there they cannot grasp the essence and magnitude of what happened. But to those present it is powerful, transforming, and real! It is revelation!

The second way God reveals himself is found in Luke 24:13-31 when Cleopas and his fellow believer are on the road to Emmaus. Jesus appears and walks along with them, tangibly present, yet unrecognizable. Jesus spends considerable time with them including entering their home and dining with them. At the moment Jesus breaks bread it says ‘their eyes were opened and they recognized him’ (verse 31). This is a tangible revelation validating the resurrection from the dead. Tangible revelation can be verified with the five natural senses. While the women at the tomb had an angelic, heavenly revelation, the men walking with Jesus had tangible revelation through their own eyes, ears, and senses. This is repeated later in Luke 24:36-43 when Jesus appears to the 11 apostles eating, talking and fellowshipping with them. In fact scripture verifies that Jesus tangibly appeared to over 500 people (Acts 1:3; 1 Cor. 15:6).  Jesus’ post resurrection appearances were documented on at least 12 different occasions.

The third way God reveals himself and His Truth is found in the words spoken by Jesus to the eleven.  He said to them, ‘This is what I told you while I was still with you; Everything must be fulfilled that is written about me in the Law of Moses, the Prophets, and the Psalms.’ Then he opened their minds so they could understand the Scriptures (Luke 24:44, 45). Jesus taught them through the teaching revelation. Teaching under the anointing of the Holy Spirit brings revelation and understanding to truth and God’s reality for a situation. The teaching anointing is designed to open minds and bring reality to scripture so that we may understand.

Today the Father is faithful to reveal His will and Truth to YOU!  For many things in life we don’t need 3 witnesses. Not everything we do is critical from a Kingdom perspective. But, there are times, seasons, and situations, especially for leaders, that need more than one witness of His will. Be perceptively open to the ways of revelation He may choose.

·        Today He offers heavenly revelation by His Spirit directly to you by way of His voice, that still small voice that no one else can hear. Through a quickening of a scripture, the sword that divides soul from spirit, that applies to a decision you need to make. He offers His supernatural presence during times of worship that open your mind to His reality and His will.

·        He may offer tangible revelation through His church, his body of believers; through the hands of love and gifts of the Spirit spoken or imparted, to bring direction and understanding. His body is called to tangibly bring the reality of the Father to His sons and daughters and to the world.

·        He may offer teaching revelation through the five-fold ministry of apostle, prophet, evangelist, pastor and teacher that are gifts to the church to facilitate maturity, unity, equipping, and the fullness of Christ to His people (Eph. 4:11-14).

Posted by Harvey Wittmier at 1:27 PM No comments:

The Remnant (A Series)


Welcome to the first Vlog series on the Crossfire Minute! Harvey will be teaching a series of shorts on The remnant.  These will be in addition to his regular written posts.  Watch the video for a short introduction on The Remnant of God.
Posted by Harvey Wittmier at 12:09 PM No comments: