Contending With Our Culture - A Message of Hope 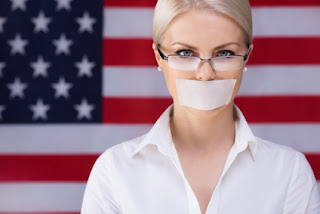 The Prophet Jeremiah knew what it was like to be opposed in his own country. He lamented his frustration with Israel when he said I am ‘a man with whom the whole land strives and contends’ (Jere. 15:10).  Jeremiah spoke forth warnings and declarations of what would happen if the Hebrew people did not return to God. Israel’s response to Jeremiah’s ministry was annoyance and rejection. They had so mixed their faith and identity with the surrounding cultures and religions that they no longer responded to the ministry of the prophets. They turned their hearts toward other gods and immersed themselves in the economic and religious systems of that day. They strived and contended against him. Jeremiah was a small, but loud, remnant voice amidst a majority culture. Despite his lamenting, Jeremiah did not silence his voice or end his ministry. He moved forward contending against the culture embraced by his own people.

The word ‘contend’ implies the presence of tension; a lack of agreement on some issue. For Jeremiah it was Israel’s complete lack of agreement on Truth, the Law of Moses, the first covenant between God and man. We live under a better covenant than Jeremiah and we are called to advance the kingdom of that covenant. We carry the message of Jesus Christ, salvation for all who believe, abundant life in His kingdom, and eternal life through His resurrection.

Today many in leadership in the 21st century church find themselves in a position of contending against what seems like the ‘whole land’ of America. The land (culture, government, systems, and beliefs) strives and contends against us and the message we carry. Our message runs counter to the culture. Many embrace the idea that all religions are the same, that no one belief system has the Truth, that all beliefs must be treated with tolerance...except the belief that Jesus is the ONLY WAY. That is the one thing that cannot be tolerated.

Even as I write this I find myself encouraged by the persecuted believers in Islamic countries who have endured, persevered, and in some cases prospered for centuries under far more oppressive opposition. They contended for the faith amidst oppressive cultures and beliefs without discarding Truth. I am encouraged by Paul who told the persecuted believers at Philippi to ‘contend as one man for the faith of the gospel’ (Phil. 1:28). Paul understood how to contend. The church at Philippi, Ephesus, Corinth, and across the Middle East understood the meaning of contending for the faith. It is time for the church in America to contend for the faith, something most of us have yet to fully understand. But we will endure. We will persevere. We will overcome. As we contend we will be led in triumphant victory according to Paul’s words to the church in Corinth (2 Cor. 2:14). What that victory looks like here on earth remains to be seen, but it will be victory!

Posted by Harvey Wittmier at 1:35 PM