Devoted to Each Other In Brotherly Love 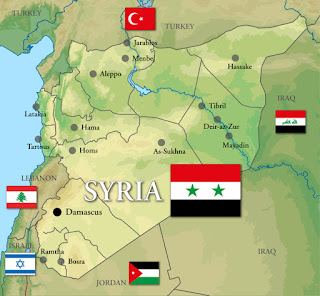 Deborah and I recently returned from ministering in Uganda and Tanzania. En route home we learned of the Islamic Jihadist attack in Paris that devastated the lives of many in that country. It was sad, yet predictable, given the open border policies of European countries. Virtually every member of the EU embraces a very liberal immigration and refugee policy that has resulted in Islamic intrusion at an astounding rate. There is little integration into European society and culture, but great expansion of local Islamic social structure and values.

The USA is opening to more Syrian refugees. Certainly some of these are legitimate refugees of the ISIS-Sunni-Assad conflict in Syria. However, a vast number are young men simply taking advantage of the conflict to enter Europe and America via the Syrian refugee issue.

According to State Department records the USA has admitted 2098 Muslims and 53 Christians via refugee status since 2011. While the CIA World Fact Book indicates about 10 percent of Syria is Christian, only 2.4% of the refugees entering the USA are Christian. Yet we know from news reports that a disproportionate price is being paid by Christians in Syria and Iraq. Christians, known as ‘People of the Book’, are the primary target of ISIS and other Islamic persecution in the Middle East.  When Christians try to enter UN refugee camps in parts of the Middle East, they are heavily persecuted and most leave the camps. The UN camps are the primary mechanism for gaining refugee status throughout Europe and America.

What does this have to do with the Gospel? Everything! Christians in Syria are our family members; brothers and sisters in Christ. We must hate the evil perpetrated on them. Our first responsibility is to them! Paul wrote to the believers in Rome saying ‘be devoted to one another in brotherly love’. As believers, our first level of devotion here on earth is to our brothers and sisters. Yet evangelical organizations are failing to publicly address this issue with policy makers in Washington DC.  Many would perceive it as ‘discriminatory’. Our president insists that America does not have a religious test for refugees, yet the statistics indicate otherwise…and it is not a test in favor of Christians. The most persecuted, maligned and harmed people group in the Middle East is the Christian minority. They must be moved to the front of the line and asylum policies adjusted accordingly. As the church in America we are called to advocate for this compassionate position.
Posted by Harvey Wittmier at 9:32 PM