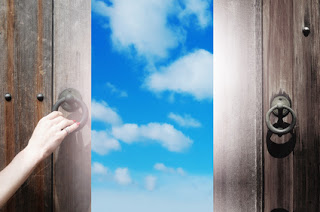 But the natural man receiveth not the things of the Spirit of God: for they are foolishness unto him; neither can he know them, because they are spiritually discerned. 1 Cor. 2:14 KJV

Paul authored this scripture to a church that was spiritually challenged; that is, many in Corinth came from a pagan and Greek influenced intellectual culture. People embraced philosophy and multi-theistic beliefs. Paul’s message of one God, represented by one Savior in bodily form, and empowered by one Spirit was so foreign it seemed foolish and incomprehensible. They could not discern things that come from the Spirit of God.
The word ‘discern’ in this scripture is ‘anakrino’ meaning to scrutinize, to investigate, to determine. Paul’s concern was that some were not able to properly scrutinize and determine those things authored by the Holy Spirit versus another spirit.  He follows that assertion by saying they were ‘worldly, mere infants in Christ’ and not ready to consume ‘solid food’ (1 Cor. 3:1, 2a NIV)
Paul was addressing believers in Christ, people in the church, not unbelievers.  The amplified Bible further illuminates ‘natural man’ by translating it ‘the natural, non-spiritual man’. The original Greek simply means one who is ‘natural or sensual’.  Too many in the Corinthian church could not discern things from the Spirit of God because of a natural, sensual perspective. They were not accepting the Holy Spirit’s perspective on things. We could say it was the ‘flesh’ or the ‘old man’, rather than the new man, the new creation. They could NOT discern those things of the Spirit of God.
I occasionally observe the rather passive response of believers when the Holy Spirit speaks something, does something, or manifests in some way out of the ordinary. The passive response comes from an intellectual, natural perspective.  Some people do understand it and accept it, i.e. they discern what God is doing or saying. Others are glazed over OR simply viewing with an un-renewed mind that cannot accurately interpret spiritual things. They are operating out of their intellect, not their spirit and cannot accept and embrace what God is doing or saying, especially when it is outside the normal.
I was ministering in East Africa a few years ago when a woman began to jerk and convulse as she was loudly speaking in tongues in a prayer line. I initially interpreted that the Holy Spirit was upon her. In some situations that would be an accurate discernment. However, after only a minute or two I discerned that it was demonic. While her spirit was praying in tongues, her body and mind were manifesting a demonic presence in the room. I bound that spirit and silenced it so I could continue with the rest of the prayer line. I then returned to her after praying for others and cast the demon out of her. She then stopped the jerking and all was well with her soul and body. It had to be discerned. Just because one situation is the Spirit of God does not mean the next similar situation manifests the Spirit of God.
In this day and hour we must train ourselves with solid food so we can be discerners. The Holy Spirit then connects with us as deep calls to deep. We become excellent perceivers of the Father’s intentions and manifestations in the Spirit realm. We become the answer to Paul’s prayer that ‘we may be able to discern what is best’ (Phil. 1:10a). Then we respond to each situation, not by a formula but by perceiving what God is doing. We also perceive if the enemy is involved. Can you discern and understand what is best?
Posted by Harvey Wittmier at 2:25 PM