Using Discernment in the 2016 Election 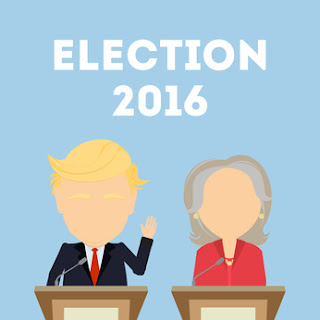 
I have been pondering what to say about the current elections in America. It is a presidential battle like none that I have experienced since beginning to follow politics in the late 1960’s. Control of the U.S. Senate is also at stake. Christians are very divided. The division is about the destiny and role of the USA in the world and in the Kingdom of God. But I believe that we are in a season when such division is necessary until the body of Christ awakens to the reality of its own condition. This blog is intended for believers to awaken.

I have ministered this year on the critical importance of discernment and have blogged several times on this subject. Discernment is an ability to see beyond what is presented, to perceive and understand that which is not readily obvious to the casual observer. We, the church, MUST discern what cannot be seen or heard in the natural realm.

Mr. Trump was not my first, second or third choice among conservative candidates for president. Others had more of my preferred positions and could better articulate what I saw as the natural way a president should govern. He barely knows what a Bible is, much less what is on the inside. He has apparently accepted Christ recently based upon reports from evangelical leaders around him. He has never had much interest in the past for politics or government except as a bureaucratic obstacle to building something.  He has a record of leadership success in his own company but no experience in government. He desires a judicial branch that interprets the constitution in its original intent. He is pro-life and pro-Israel. He has chosen a vice-president that is openly and unapologetically Christian with a Biblical world view. He has offended many people publicly. He is the antithesis of a politician. But…he has a sense of destiny for the nation.

Ms. Clinton was the first choice of liberally minded people, by a slim margin. She speaks of her Methodist faith, yet does not use the word ‘Christian’ to describe herself. She has a 30+ year record of government involvement including policies, decisions and positions that should be clear even to the casual observer. Most of her record in government would not stand the test of coming anywhere close to advancing the Kingdom of God. In fact most has been in the other direction. She is pro-abortion and pro-Palestine. She desires a judicial branch that interprets the constitution as a ‘living document’ devoid of original intent. However, she has offended few people…publicly. Her verbal rancor has been restricted to closed doors with her staff and political insiders. She chose Tim Kaine, a self-described Catholic, who supports all forms of abortion and embraces liberation theology, a Marxist view of Christianity. She is the perfect reflection of a career politician seeking a higher position and has been successful in doing so.

So here we are…a politically incorrect, offensive, no-hold’s-barred business man and a politically correct, highly trained, publically manicured government official. One stands for change…shaking change for the nation to arise. The other stands for status quo…incremental decline. When we vote we vote for an individual but more importantly for the governing policies and direction they and their party envision.

So what does God envision? He wants us to discern….to see beyond what is presented through the eyes of the media culture. To see things from 30,000 feet above; to see the end from the beginning. Some may be able to discern the obvious at ground level; an overt breaking of a moral code, a verbal affront, or a felony criminal indictment.  But many fail to discern the trajectory of a nation as seen from high above.  We must discern the impact of the next 2, 3 or 4 Supreme Court appointments and dozens of federal district and circuit court judges affecting the next 40 years. We must discern the consequence of politically nuanced words and policy. We must discern with wisdom the allegations, emails, policies, and, most importantly, the direction a nation must go to fulfill its kingdom purpose. We must discern the decisions of today as they affect next year, the next decade and beyond. We must discern the future of the unborn and our children’s and grandchildren’s future.

God wants us to discern His vision for America. I could a provide a long list of respective positions and proposed policies of the respective candidates but we must DISCERN!  He wants to see His purposes for America fulfilled, to see His people arising to take dominion in every sphere of culture to advance His kingdom.

In Matthew 16:1-3 Jesus chastised the religious leaders because they could understand the natural, overt signs of the weather but could not discern the covert, underlying signs of the times. Let the church in America not be so chastised. I sense we are in that season needing keen discerning of the signs of the times.
Posted by Harvey Wittmier at 4:21 PM