A November to Remember 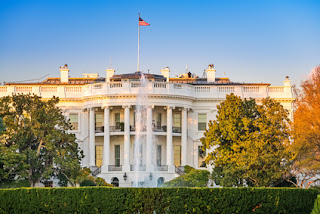 2016 has been a tumultuous year in America, especially in politics. Beyond America there were great shifts in Europe with the UK voting to exit the European Union, conservative groups gaining traction in France, Germany and other nations and the emergence of a more Christian worldview. Mass immigration, embraced under the mantle of ‘compassion’, has led to violent sexual assaults, riots in refugee camps, increased gang activity, and efforts by European governments to hide the effects of decades of open borders and denial of Islam’s agenda in western culture. The first tangible evidence of a turning point in Europe came with the UK voting for BREXIT to withdraw from the European Union.

America experienced violent riots in major cities, assassinations of law enforcement officers, and tacit approval from the White House of racial division and unrest. The political roller coaster of the presidential election rubbed raw the emotions of many on both sides of the conservative-liberal divide. In the midst of all that, the United Nations UNESCO arm voted to declare that the Temple Mount (original site of Israel’s temple) was not rightfully territory of the nation of Israel, but the territory of Islamic Palestine.

Having just returned from Jerusalem, I witnessed historical events in America from the land of Zion. At the worship gathering in Israel I saw and experienced the reconciliation between the descendants of Ishmael and Isaac through Christian pastors in the Messianic and Arab communities in that nation. Unseen under all of this was a shift, a spiritual earthquake of sorts, generated by global intercession for nations and peoples. This global intercession was on behalf of the Kingdom of God which has been opposed by satanic global political powers; powers whose world view is a man-made one-world government whose goal was to instill peace and tranquility through common secular values, elite governing power, borderless identities, and world system finances. In other words, we would all be one big happy family through a ‘united nations’ engineered by man. In many ways this is a reflection of the vision for Old Testament Babylon.

Pastors, prophets and apostles in many nations partnered with intercessors to plow spiritual ground, plant kingdom seeds, and water the soil for the sprouting of a different kind of united nations. This is a united nations within the Body of Christ to align with God the Father, Jesus the Son, and the Holy Spirit to impart spiritual birth pangs for the return of the One who would rule a spiritual United Nations in the Kingdom of God. Everything seemed to lead up to a November to remember.

At the gathering of believers from almost 40 nations in Israel there was a key prophetic word declared that has relevance to the global body of Christ and to America. This word was released on the morning of November 8th hours before the United States went to the polls to choose their president. One portion of that prophetic word is, “This will be known as the dividing time of nations. Because of this gathering, nations now will choose their alignment with My nation. I say this is the beginning of the tares and the wheat and the goats and the sheep. I say this gathering is the determination point of the future of how the harvest of nations begins.” (to watch and hear this complete prophetic word go to www.watchmen.org, select the video recording of Session 2 and watch the 5 minute segment found at hour 1:12 to 1:17).

I believe that the events of 2016, including the presidential election, coincide with the ‘dividing time’ of the prophetic word. The election was not about Donald Trump or Hillary Clinton, but about a place of agreement in the church and in the heart of a nation, for choosing a new direction. What we do and how we pray from this day forward among the remnant in the church will determine the extent and dimension with which we align with what God is doing in this day and hour. November 8th was a dividing point, a November to remember.

To read more about the Israel Gathering, click here.
Posted by Harvey Wittmier at 7:17 PM