Celebrating the First AND Second Advent 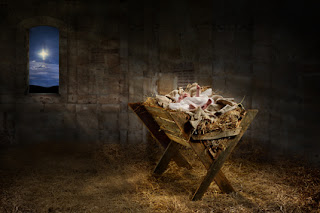 “For unto us a child is born, to us a son is given, and the government will be on His shoulders. And He will be called Wonderful, Counselor, Mighty God, Everlasting Father, Prince of Peace. Of the increase of His government and peace there will be no end. He will reign on David’s throne and over his kingdom, establishing and upholding it with justice and righteousness from that time on and forever. The zeal of the Lord Almighty will accomplish this." ~ Is. 9:6, 7

But there is a greater level of anticipation for all that believe that Isaiah 9:6, 7 has been partially fulfilled through the birth of Jesus and will be completely fulfilled in His second coming. It is His coming to us that is the point of our anticipation and our joy of fulfillment. The arrival of Jesus is His ‘advent’. The word ‘advent’ comes from the Latin ‘adventus’ meaning arrival or coming, particularly of something having great importance. Many main line protestant and Catholic churches will recognize and celebrate Advent during the four Sundays leading up to December 25th. Advent is not an Old Testament festival. It is New Covenant recognition of what was and what shall be. While most of the focus in churches will be on His first advent, i.e. His birth, I believe in this day and hour we must emphasize His second advent…His return not as a babe or a lamb, but as the Lion of Judah, the King and Ruler. He will come as king and ruler carrying eternal government on His shoulders, not just for individuals but for the world. Revelation 19:11-16 paints a detailed picture of His character, authority, and eternal nature as ruler upon His second advent and will be called Faithful and True.

I encourage each of you to celebrate and enjoy the first advent of Christ this season. I also encourage you to celebrate, anticipate, and proclaim His second advent for, "I am the Alpha and the Omega," says the Lord God, "who is, and whowas, and who is to come, the Almighty." Revelation 1:8
Posted by Harvey Wittmier at 3:35 PM