Demo the Old, Build the New 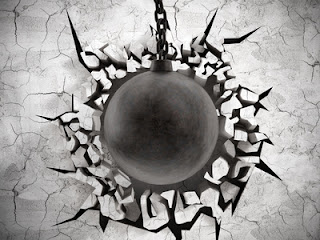 
The Body of Christ in America has entered a season of fulfillment. There has been a shift in the spirit realm that has opened a door unto fulfillment of prophecy. The prophetic parallel between the era of Cyrus of Persia and today in America is remarkable.

When King Cyrus came into agreement with the authority of the prophetic word inspired by the Lord and spoken by Jeremiah, he released the people of God to BUILD. The prophetic fulfillment of God’s Word was a season of building; restoring those things of the Kingdom of God. But it required new mindsets and perspectives to become reality. Cyrus did not consider Yahweh to be his God, but as a leader He understood the power of destiny and declaration. He simply used his authority of declaration to bring fulfillment to destiny, the return of the Jewish people to Jerusalem. He released the people unto a season of building the temple and the city walls that had been destroyed. Prophetically, some structures must be destroyed before a new thing can come forth.

I see many political, social and church structures in America being destroyed so that a new thing can come forth. Wrong world views and spiritual perspectives are being demolished. There is a realignment of perspectives that will bring an alignment of nations for Godly purposes.  January of 2016 marked 70 years since convening the first general assembly of the United Nations. The first assembly began an era of mankind attempting to govern and control nations through human principles. That experiment has failed as it consumed global financial resources, limited individual national identity, and infused corruption into the international order. The United Nations has been anti-Israel even though it established Israel. January 2017 begins a new era of the Kingdom of God being manifest through nations coming into alignment with His destiny and purpose for these last days.

The Brexit of the United Kingdom from the European Union and the election of Donald Trump to be President will be followed by other European nations declaring freedom from unholy dominion and alliances. Old structures will come down and new structures will go up. There is a season for all of this to occur. It is a season of fulfillment unto building Kingdom perspectives and structures; its duration is unknown.

There will be fulfillment of prophetic promises at the macro and micro levels, i.e. international as well as personal. At the personal level we are positioned by grace through faith with all that we need for life and Godliness (2Pet. 1:3, 4), yet the manifestation of that position is not reality for most in the body of Christ. Structures of wrong perspectives and mindsets have limited fulfillment.  The new season will realign perspectives and mindsets. This new season is multi-dimensional, for all that have ears to hear, hearts to perceive and a mind to agree with the season. It is for those ‘whose hearts God has moved’. The proclamation has been released. The promises of healing, deliverance, salvation, prosperity, and growth can manifest. Nations will come into alignment. Who will choose to walk into the season of fulfillment?
Posted by Harvey Wittmier at 9:13 AM