This 4th Watch Post is from a seasoned prophet, Gary Pack, whom the Holy Spirit has awakened regularly at 3am to receive revelation and prophetic insight to share with the body of Christ. This word is from a vision he received regarding the unseen world of the spirit realm and what the Lord is doing in this day and hour behind the scenes. I encourage you to read and consider it from a broad perspective for your own life and ministry.
_____________________________________________________

This morning the Lord met me in a powerful way. These 3am encounters with the Lord have become common to say the least but it was odd tonight. As I went to sleep there was anticipation as to what the Lord would show me. It started as I awoke with a meditation on the story in Kings as the famine was broken when Elijah declared after the "show down of fire" that there was the sound of an abundance of rain.

I could hear the rumbling of thunder and the smell of rain was thick in the air. I thought of all the seeds waiting to erupt with the moisture that was about to fall from heaven.... rejoicing for all the promises awaiting their fulfillment, all the words yearning to sprout in fruition. But then the Lord said He wanted to open the curtain to the spiritual realm even more to enlighten my perspective.

It was dark and with every flash of lightning I could see the scurrying of the demonic. They were rushing around, but with great order and strategy. There was a systematic militant order to their busy-ness. The urgency of their work told me they had much left to accomplish before the rain began to fall. Then it began; the first drops of the awaited rain. When the drops of promised rain hit the skin of the demons, it was like boiling acid. Demonic screaming and snarls began to fill the air. And as the sprinkling got heavier and became a steady rain, chaos began to infiltrate the workings of the enemy. With their frantic attempt to continue their assignment, the rain, now heavy, began to halt their effectiveness. With every drop of this glory, not only did the enemy begin to lose its grip and melt but also the structures and working they were establishing were coming undone as well. All the while, the parched grey soil began to erupt with a newness of life, green and lush. The dissolving demons and their melting kingdom entrapments eroded into the soil by the power of the rain and became like fertilizer to the seedlings. This was part one....

The second half of this vision was connected to the first, but a totally different scene. In this fresh lush green landscape a tribal chief came toward me. With great humility he bowed on one knee before me and removed a necklace and placed it at my feet. I received it as a holy and sacred gift. As I examined this adornment I saw the pieces hanging down were dis-assembled piano "keys".  I gave this necklace to my sister (who is a pianist) and she took it to an old grand piano and inserted the missing keys and began to play in a way that I'd never heard.

As this melodic worship swelled another chief began to approach me. He had seemed to be drawn in by the music.  He was of a different tribe, with the same humility. The scene was the same as he bowed before me and presented the tribute.  This necklace was made of antique keys with a center longer key.  I took hold of this necklace by the one key and the kneeling ruler motioned to a door I had never seen in the church sanctuary.  Pastor (of my home church) and I walked to the door and saw it was shrouded with cobwebs and dust. I gave the necklace to Pastor who used the center key to unlock the door. Inside was another tribal ruler, this one was female and was adorned with gold. As the door opened she breathed deeply the fresh air and dropped to her knee in humble gratitude and placed a golden necklace made from coins from all around the world at Pastor’s feet. As we walked back into the sanctuary it was filled with people from each of these three tribes, all with hands raised worshiping.

I am still praying into the depth of all of this but know that it is a detailed pattern for our next step of our journey at Gateway Church International, the churches we are connected to, and for the church at large.


For more understanding of the prophetic gift and the role of the Prophet in the New Testament Church, click here. 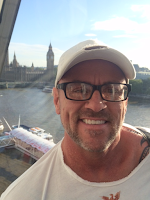 Gary Pack is a prophet to nations and travels internationally to speak prophetically into leaders and churches. He lives in Roswell, New Mexico where he is the leader of worship and pastor over international ministry at Gateway Church International.
Posted by Harvey Wittmier at 12:49 PM No comments: 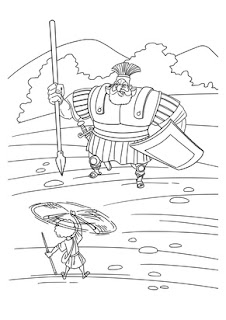 1 Corinthians 16:8-9(NIV) "But I will stay on at Ephesus until Pentecost, because a great door for effective work has opened to me, and there are many who oppose me."


Paul the apostle penned these words from Ephesus as he eagerly desired to visit the church he birthed in Corinth. He says he cannot go to Corinth right away. He must continue in Ephesus where he has been ministering for 3 years. Why?....because Paul had a ‘great door’ open in Ephesus.

Ephesus was a cross-road of culture, religion and trade. It was also the occult center for worshipping the goddess Diana. It was here that Alexander the metal worker railed against Paul because so many people were moving from idol worship (Alexander’s business) to Jesus worship. Yet, as demonically infested as the city was, there was a great open door for ministry. Paul, even after 3 years, chose to stay longer to continue the work of ministry. Even his father’s heart for the Corinthian church birthed through his ministry could not draw him away until his purpose was fulfilled in Ephesus.

The work was ‘effective’. Effective is the word eneges meaning active, operative, effectual, powerful, having an effect. Ephesus was becoming an apostolic center where prophets and apostles passed through teaching and ministering and building up the church. The five-fold ministry was in evidence and fruit was abundant. But great works face great opposition! There are two Greek words used, ‘polos antikeimai’, that mean abundant adversity pulling in the opposite direction. There were adversaries! The demonic realm was stirred up. There was a demonic principality, Diana, who ruled the demonic realm over Ephesus. That principality was directing ground level demons to stir up any whose hearts were open to such demonic activity, like Alexander. The message of Jesus was effectively removing Diana from power and putting those who profited from her idolatry out of business.

Diana was defending her territory.  She would not bow easily or quietly. Paul, through the Spirit and Truth, was invading her territory, pulling down strongholds and claiming territory for the Kingdom of God. Paul contended for the city.  He was neither passive, nor ignorant of the enemy’s activity. Very often apostolic ministries are positioned within enemy territory to assertively contend for the Kingdom of God. Effective kingdom work requires a ‘contending’. Times were changing in this city! Opposition was a sign of effectiveness of the work!

You may have a ministry that is small in number or large in number, well known or known by few. You may not be in full time ministry as a church leader, but you are positioned in the workplace, in your family, in a social circle where you are influencing people for the Kingdom. Your effectiveness is not measured in numbers, but in having an effect. You are in enemy territory, positioned to put him out of business! You are positioned to contend for the Kingdom of God from your position of influence! Opposition seldom lies down quietly or exits quickly. Keep on! Contend! Take the enemy’s territory for the Kingdom of God!


Need more encouragement to contend against your enemy?  Click here to view the first video in a series on contending on our Youtube Channel!
Posted by Harvey Wittmier at 4:27 PM 1 comment: