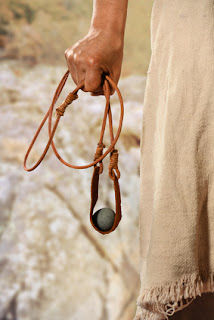 Our Father in heaven, hallowed be Your name, Your kingdom come, Your will be done on earth as it is in heaven. Matt. 6:9, 10 NIV

There is a dispensational shift happening across the world. A dispensation is the general order and management of things. Spiritually, a new dispensation occurs when there is significant change in the alignment of the church so that the church aligns with the will of God in heaven to manifest His will on earth.  This new order of things facilitates fulfillment of Your kingdom come, Your will be done on earth as it is in heaven. Jesus declared the will of heaven be done on earth. We can ask, petition or declare. This is a DECLARATION, not a petition! Jesus provided this model regarding the will of heaven coming to earth…He declared it. The authority of heaven was given to Jesus. We, by believing in Him, in His finished work on the cross, and being led by the Spirit now declare AND become the demonstration of this prayer.

I believe the church is in a dispensation where we will finally begin to see ourselves as operators of fulfillment of God’s will. His intent was that now, through the church, the manifold wisdom of God should be made known to the rulers and authorities in the heavenly realms… (Eph. 3:10).  We have responsibility in the fulfilling of the words of Jesus. A remnant in the church, those on the cutting edge in intercession, the prophetic, and the apostolic, will lead the church in this dispensation. Why? They have paid the price in transformation and character refinement and demonstrate that which has been declared scripturally and undergirded by the prophetic heart of the Father. They will be led by the Spirit. For as many as are led by the Spirit of God, these are sons of God (Rom. 8:14NKJV).

I liken the time in which we live to the days of David. David was anointed by Samuel to be God’s man of leadership for Israel. However, there was a transformation and transition process in going from shepherd to king. Saul was falling apart in character and in leadership. David was growing in character and leadership. God had given Israel the leader they desired in their eyes; tall, handsome and charismatic. Now God was preparing a man that was the apple of His eye, average in appearance, lacking in physical stature, but strong in character. He was a man after the Father’s heart.
We are in a Davidic dispensation, a time when those who outwardly may not be attractive or of great stature have substance…the heart of the Kingdom and the character of the Father. Davidic leadership is emerging. When trouble comes, people will run to them in this dispensation!

Do not expect a large number of people or leaders in the church to embrace this time. For example, 3 out of 4 people in America self-identify as Christian. But less than one in 3 is a ‘practicing Christian’ and only 7% are evangelical as demonstrated by core scriptural belief and practice (George Barna, State of the Church 2016). THESE are the revived! This portion of the church will declare and demonstrate the manifold wisdom of God. They are aligned with and agree with the will of heaven.

This remnant will advance the Kingdom through DEMONSTRATION of their declarations. They will facilitate influence on the seven mountains of culture; business, religion, government, media, arts, family and education.

Therefore everyone who hears these words of mine and puts them into practice is like the wise man who built his house on the rock (Matt. 7:24).  This remnant hears and responds to the Father. It is our actions in response to hearing His Word that establishes His kingdom dominion personally and beyond. This quote articulates the requisite response in this day and hour. "I tell you what. You win a battle in the courts of heaven and don't go through the action on earth, opening your mouth and advocating your cause, and speaking the truth, and proclaiming the truth, then you are vetoed. Not because you didn't do your job in spiritual warfare, but because you didn't follow it up with corresponding action. It means nothing for you to do a sacrifice to God before battle and then not show up and go into battle. (Excerpt from Dr. Lance Wallnau’s word on 7.21.17)

These are the warriors, fathers and mothers, leaders of the Kingdom. They show up for battle, blow up the enemy’s plans, build up the family, and lead the people. They demonstrate the will of heaven on earth! They grow up, show up, blow up and build up. Hallelujiah! We are moving from declaration to demonstration to dominion! It is a Davidic dispensation. Kingdom dominion awaits the will of heaven manifesting on earth!
Posted by Harvey Wittmier at 4:02 PM