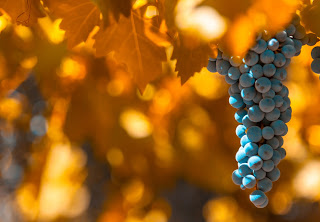 Ye have not chosen me, but I have chosen you, and ordained you, that ye should go and bring forth fruit, and that your fruit should remain…. John 15:16a

The Bible speaks often of fruit as a product of living in Christ and ministering from that source of life.  The Parable of the Sower (Mark 4:1-20) speaks of how we cast the Word broadly, though not all places it falls will produce fruit. Jesus said that abiding Him would produce fruit, more fruit and much fruit (John 15).

In John 15:16 Jesus spoke to his 11 man leadership team. These men would become apostles and lay the foundation for advancing His kingdom across the world. Jesus left them parting instruction as they walked from the upper room to the Garden of Gethsemane. He wanted them to understand His expectation of them after He left the earth. His expectation----‘ye should go and bring forth fruit, and that your fruit should remain.’ That same expectation has been transferred to us, today’s leadership in the body of Christ. Fruit that remains is an expected outcome of our role in ministry.

Having just returned from ministry in Uganda I have been very aware of God’s desire for fruitful lives and ministry. This year is our eighth year of ministry in that nation and much fruit has emerged, fruit that remains rather than decays.  We have cast the seed of the Word abroad in that nation through ministry in churches, conferences and through 10 day training schools for leaders. From this, key people have emerged who have been transformed and have risen up to advance the Kingdom of God beyond their own churches, their villages, and their nations. They have kingdom-minded perspectives of ministry that plant churches, transform villages, provide for orphans, raise up leaders, and take the message of the Kingdom of God to surrounding nations.

Every person I see as fruitful today has been through great trials and struggles, been pruned in their perspectives, and has overcome spiritual and circumstantial opposition. There was a process before there was a product. But they are producing fruit that remains….and they, themselves, represent fruit that remains from our ministry investment into them and into that nation.

I think of one young man who ministers in a remote village and pastors a church we helped plant in 2010. It is a remote, poverty stricken location accessible only by a muddy trail. When God called him to take on this leadership role, he found himself wanting to flee because circumstances were dire; an 6x8 foot sleeping room with a mattress and a few believing adults in the church. Yet the voice of the Lord called to him and he changed from escaping to engaging. The Lord moved his heart from running away to running to the village. He now has a vibrant cross-generational church, primary school, rooms for orphans, church building and he is evangelizing the area beyond his church. He has invaded darkness with the light of Jesus.  He is moving ahead with very little financial help from outside Uganda, not depending upon outside help for daily provision.

Allow the Holy Spirit to move your heart as a leader. You will produce fruit that remains.
Posted by Harvey Wittmier at 12:46 PM 1 comment: