The Time of the Gentiles - The One New Man Series 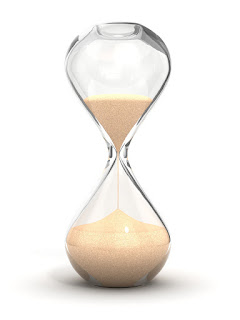 For he himself {Jesus} is our peace, who has made the two groups {Jew and Gentile} one and has destroyed the barrier, the dividing wall of hostility,15 by setting aside in his flesh the law with its commands and regulations. His purpose was to create in himself one new man out of the two, thus making peace..Eph. 2:14, 15

In my last post I wrote of the reconciliation of Jew and Gentile through the cross to be ‘one new man’.  In this post I will elaborate on that in the context of the ‘last days’ and what Jesus and Paul have said about Jew and Gentile as a precursor of the second coming of the Messiah.

It is clear that only faith in Jesus will justify people before the Father. Paul said, 29 Or is God the God of Jews only? Is he not the God of Gentiles too? Yes, of Gentiles too, 30 since there is only one God, who will justify the circumcised by faith and the uncircumcised through that same faith (Rom. 3:29, 30).  There are over 2.2 billion Christians in the world. Within that number is included about 80,000 Messianic Jews who have been justified and made righteous by their faith in Jesus. That is a very small number of Jewish believers!! Most Jewish people are secular in their world view and many are outright atheistic and hardened toward spiritual things. Within Israel there are only 15,000 Messianic believers in a nation of 6.5 million Jewish people. It seems as though Israel is spiritually desolate.  Only a small remnant of Israel accepts Jesus as Messiah by faith. It seems like an insurmountable wall of division remains even though Ephesians 2:16 says that Jew and Gentile have peace because a purpose of the resurrection was 16 to reconcile both of them to God through the cross, by which he put to death their hostility. Yet that hostility continues because many Jews and Gentiles have not appropriated by faith the work of the cross in their lives.

A majority of the Gentile Christian church embraces replacement theology which erroneously claims that the church has replaced Israel in the promises and blessings given to Abraham and to Israel. All the land and blessings regarding Israel as a nation are spiritualized in this theology and have little relevance to end time events or conditions. However, there is clear scriptural revelation that Israel, with Jerusalem at the center, has a significant place in last days’ events and has not been replaced.

Jesus said in Luke 21:24(NKJV) 24 And they (Jerusalem) will fall by the edge of the sword, and be led away captive into all nations. And Jerusalem will be trampled by Gentiles until the times of the Gentiles are fulfilled. Since Jesus prophesied these words Jerusalem has been under the dominion of Romans, Byzantines, Muslims, Crusaders, Turks, British, and Jordanians. While Israel as a nation has existed since 1948, parts of Jerusalem, including the temple mount, are under control of Muslims.  According to Jesus, this will continue UNTIL ‘the times of the Gentiles are fulfilled’.
We are still in the Gentile times, but I believe we are in transition, nearing the end of those times. One year ago this week I was in Jerusalem for a worship gathering. On November 7, 2016 Chuck Pierce, a respected prophetic voice, prophesied to that gathering from 40 nations that the ‘times of the Gentiles are now fulfilled’. He said this would begin the ‘dividing time’ of sheep and goat nations and separating the wheat from the tares. I am careful not to superimpose my western view of prophetic time by my wrist watch. Time from God’s perspective doesn’t align or synchronize with my digital clock. However, there is evidence worldwide, and particularly in the Middle East, of a transition of dispensations.

Old Testament prophets spoke of regathering a scattered Jewish people to their homeland before Israel would awake and arise to receive the Lord as Messiah. That ingathering has been happening steadily since 1948, particularly as Jews from Russia and Western European nations immigrate to Israel. By the time Jesus returns a significant portion of Israel will have accepted Him as Messiah. Without going into the various interpretations of the Book of Revelation, we can simply look to what Jesus said on the Mount of Olives prior to his crucifixion. 37 “Jerusalem, Jerusalem, you who kill the prophets and stone those sent to you, how often I have longed to gather your children together, as a hen gathers her chicks under her wings, and you were not willing. 38 Look, your house is left to you desolate. 39 For I tell you, you will not see me again until you say, ‘Baruch haba be Shem Adonai’ (‘Blessed is He who comes in the Name of the Lord’)” Matthew 23:37-39(NIV)

In my next post I will reveal the grafting in of Gentiles to the Jewish and how the Gentile church can bless the Jewish people and Israel to help bring forth the sound of Matthew 23.

Labels: Antisemitism, Gentiles, Jews, One New Man, The Last Days, The time of the Gentiles