From Victim to Victor! 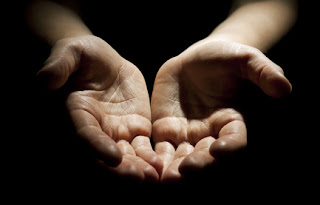 But you, God, see the trouble of the afflicted; you consider their grief and take it in hand. The victims commit themselves to You;  You are the helper of the fatherless. Ps. 10:14


This scripture acknowledges that affliction in some form is a reality for all people. But it directs those afflicted, the victims, to the Father for help. In this Truth lies the secret of moving from victim to victor.

We have in our nation and in much of western culture, a condition that has become an overpowering force in every dimension of society. It is the condition of being a victim and taking upon oneself the identity in such a way it defines who we are.

You and I will be victims of something or someone at various times in our lives. There are many degrees of severity in being a victim, from unwarranted physical attack and injury to simply being hurt by someone’s words or innuendo.  A ‘Victim’- is one harmed or injured by an event or action. Everyone is a victim at some point in life….no one is exempt! We have rules and laws in place for the most obvious kinds of victims. For example if you drive your car carelessly and cause damage to another person’s body and/or vehicle, there is embedded in our law a form of justice. You or your insurance company must pay for the damages and expenses of the victim’s person and/or vehicle. That is simple and most of us in America have been on one side or the other of creating such situations. That is where the idea of being a victim ends…at least it should be.

But there is a more insidious culture that as emerged over the last few decades that uses victims to create power for evil purposes. It is the industry of victimhood. It uses people’s perceived or real victimization, magnifies the impacts and damages be they physical, financial or emotional, and uses them for financial gain, political power, and cultural division.  In America we saw this played out so clearly as a nominee to the Supreme Court was accused, maligned, debased, and virtually assassinated in character because a woman accused him of a sexual impropriety at a high school party over 35 years ago. There was no evidence and no corroboration. The nominee and his corroborating witnesses declared that it never happened. However, the very allegation created the perception that the woman who made the accusation could have been a victim. What followed was an outburst of chaos, protest, profanity, intimidation, harassment and violence devised by organizations that live off the industry of victimhood. Organizations such as Planned Parenthood, Demand Justice, People for the American Way, LGBT groups, National Abortion Federation, and dozens of others used the identity of victimhood to further their agenda. This resulted in mobs using the nation’s capital as their pulpit of power. They projected the identity of ‘perpetrator’ upon the court nominee, men in general, and anyone (man or woman) who disagreed with them. This kind of mob mentality can only happen when organizations exist to perpetuate the industry of victimhood to extend their power in a nation.

Poverty is a common measure of people being victims of circumstance. More than 1.3 billion people live on less than $1.25/day which is considered extreme poverty by global standards. I have traveled into many tribal areas of the world where people live at or near this standard. But the vast majority of those people do not perceive themselves as victims. Vast financial resources continue to flow into nations where these conditions exist, but as Jesus said, ‘the poor you will always have with you’.  (Matt. 26:11)

There is now playing out in Mexico, our neighbor to the south, a situation based upon the premise of victimhood.  Several thousand Hondurans and others are caravanning to invade the USA on the southern border. Some of them may be in poverty.  They have been told by industry advocates that they deserve a job in the USA. They believe such a job is an entitlement because they are victims. This caravan was initiated by an ‘open borders’ group that desires to eliminate national boundaries as we know them. The caravan violated the Guatemala national border, the Mexican national border and is headed to the US with the intent to violate this border.  They were not interested in staying in those nations which could have harbored them IF they were true refugees. They travel as a mob intent upon creating a scene on the border that will make them appear as ‘victims’ of our government. They do not intend to enter legally.  They know that in states like California they can get a driver’s license which will allow them to vote as faux citizens.

We must see this for what it is, a group of people organized into a mob and funded by those who live off the industry of victimhood.  They do not do as the Psalmist said; commit themselves to You (God), who would help them in their own nation.  A victim descends into the state of victimhood when they embrace the identity of being a victim. They neither forgive nor move on in their hearts to a place of inner peace. They become ripe to be used by the industry, those who gain power and money to perpetuate the victim identity for their purposes. The industry will do all it can to maintain the identity of victimhood in all that have entered.

The 1st Century church was heavily persecuted but looked to the Father for their peace and provision. They did not look to government or other advocates….only to the Father.

The Apostle Paul speaks of the intense state of persecution that COULD have caused them to embrace victimhood. For God, who said, “Let light shine out of darkness,] made his light shine in our hearts to give us the light of the knowledge of God’s glory displayed in the face of Christ. 7 But we have this treasure in jars of clay to show that this all-surpassing power is from God and not from us. 8 We are hard pressed on every side, but not crushed; perplexed, but not in despair; 9 persecuted, but not abandoned; struck down, but not destroyed. 10 We always carry around in our body the death of Jesus, so that the life of Jesus may also be revealed in our body. 11 For we who are alive are always being given over to death for Jesus’ sake, so that his life may also be revealed in our mortal body. (2 Cor. 4:6-11)

They were victims of religious and cultural persecution and often financial loss but chose to be victorious and reveal Christ in their circumstances. The difference between being a victim of a circumstance and embracing the identity of victimhood is how we respond to personal victimization.  The leadership of the 1st Century church did not see themselves as victims. The leaders did not encourage or advocate victimhood. They responded and embraced victory in every circumstance IN CHRIST. It was and is the better way.  If the USA receives this caravan as victims, the nation will, in reality, undermine the gospel by encouraging trust in government over God. Victimhood will reign! But there is a better way!  They may be hard pressed on every side financially, but they are not crushed if they look to Jesus for their provision in their nation.  Victimhood always seeks to make a personal problem everyone else’s problem. We pray and believe for a better outcome; that the people caravanning will see the better way!


Posted by Harvey Wittmier at 1:57 PM