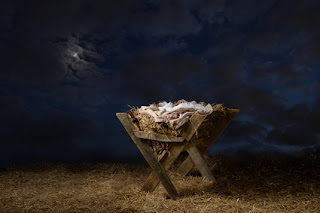 “For unto us a child is born, to us a son is given, and the government will be on His shoulders. And He will be called Wonderful, Counselor, Mighty God, Everlasting Father, Prince of Peace. Of the increase of His government and peace there will be no end. He will reign on David’s throne and over his kingdom, establishing and upholding it with justice and righteousness from that time on and forever. The zeal of the LORD Almighty will accomplish this."~ Is. 9:6, 7


About 700 years before the birth of Christ Isaiah proclaimed Jesus birth, his names, his government, his throne, his righteous role and the absolute assurance it all would HAPPEN. Isaiah proclaimed an event of worldwide impact. This scripture is the most common reference we hear during the days of celebrating Christ’s birth yet many in the church do not embrace the prophetic gift or function of prophet in the church today.

A kingdom principle threaded throughout scripture is that prophetic proclamation precedes visible manifestation. Prophecy is gifted to the church to assure believers that God saw it before we see it. He knew it before we know it. He heard it before we hear it. He is not surprised by fulfillment of prophecy because He is the author of the prophetic gift given to the church. We are not to be surprised or ill-informed when it happens!!

Some prophecies are fulfilled long after they are spoken, e.g. the messianic prophecies of Old Testament prophets like Isaiah. Other prophecies are fulfilled quickly such as the prophecy to Mary.  The angel went to her and said, “Greetings, you who are highly favored! The Lord is with you.” Mary was greatly troubled at his words and wondered what kind of greeting this might be. But the angel said to her, “Do not be afraid, Mary, you have found favor with God. You will be with child and give birth to a son, and you are to give him the name Jesus. He will be great and will be called the Son of the Most High. The Lord God will give him the throne of His father David, and he will reign over the house of Jacob forever; his kingdom will never end” Luke 1:28-33.  The angel’s proclamation was fulfilled very quickly through the supernatural conception and birth of the Messiah.  As believers we must discern the authentic voice of prophecy and be neither disappointed nor surprised by the length of time or means of manifestation. God desires us to know that He is author of both timing and means, and He informs us before through prophecy.

Prophets and prophecy go before to prepare a way. The gift is alive and well today! We live in a time when the church must be discerning of the prophetic voices at the personal, local church, national and global level.  We are in a dispensation of ‘preparing’. Our responsibility upon discerning the authentic voice of prophecy is to believe.  Elizabeth said upon greeting Mary, ‘Blessed is she who has believed that what the Lord has said to her will be accomplished’ (Luke 1:45).

Prophetic proclamation will precede visible manifestation. Believe it. Neither doubt nor worry about timing… just believe it will happen.  Let our celebration of Christ’s birth be the prophetic prequel to celebrating His return.

Posted by Harvey Wittmier at 4:02 PM

Amen! There is nothing more faith building that being resolved about a prophecy and not having doubts about it, and then rejoicing when it comes to pass ~ just like you knew it would!!